Things that go bump in the night

Ghost towns give us a glimpse into the lives of those who tamed the Wild West. One such treasure is Bannack, Montana, where gold was discovered in Grasshopper Creek in 1862, drawing thousands of prospectors and settlers looking to strike it rich. Some found wealth while others lost everything. What they left behind, however, is a wonderfully preserved community of historic structures protected by Montana State Parks.

One of the jewels of Bannack is the Hotel Meade. Constructed in 1875 as a county courthouse, the brick and mortar structure stands out among the surrounding timber buildings. Rumored to be occupied by the spirits of former residents, Hotel Meade in particular has been the location of paranormal investigations and the focus of a “ghost hunt” televised on a well-known cable network. The show was looking for “things that go bump in the night,” however, CTA Environmental, in partnership with Montana State Parks, had a different goal — to investigate “bumps” more worrisome to the fragile brick building. 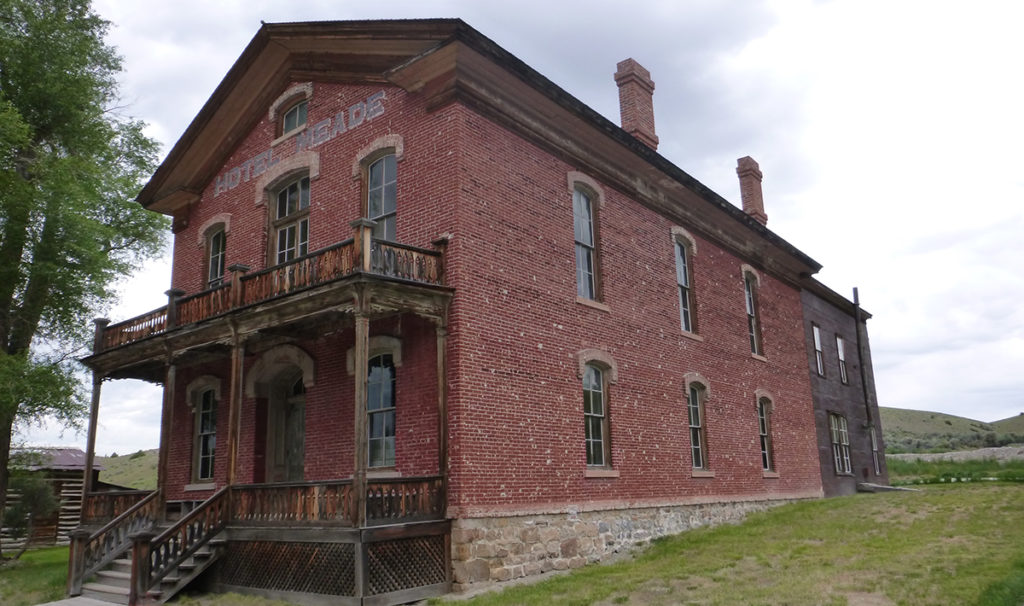 Hotel Meade is not only a  historic treasure, but also a popular haunt.

Keeping a close ear to the ground

With major construction of a large detention pond planned uphill of the historic hotel, CTA was called in to monitor potential impacts. The purpose of the pond was to control flash flooding, which previously caused significant damage to the town. The nearby construction would result in ground vibrations from truck traffic and soil-compaction equipment, and this can have catastrophic effects on buildings, cracking brittle mortar joints and lathe and plaster walls.

Our environmental team implemented a monitoring program during construction to record vibration events and evaluate their effects. While numerous vibrations were recorded, all were below pre-selected trigger values, which was fortunate for both Hotel Meade and its spirit residents. 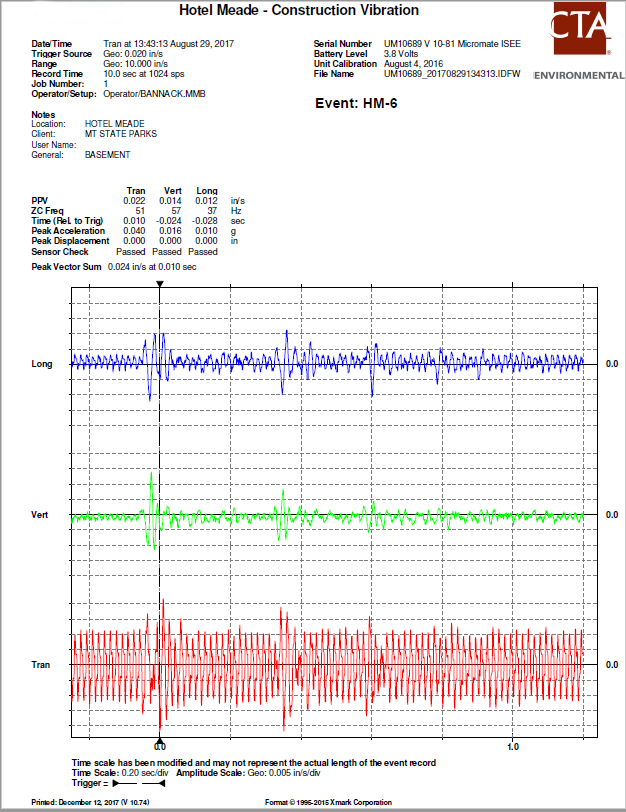 Something bigger than a bump

Not all of the recorded vibration data was attributable to construction work or the numerous footsteps and door slams by park visitors. In the early morning of July 6, an unusual event was recorded by the equipment.

At 12:30 a.m., a magnitude 5.8 earthquake occurred near Lincoln, Montana, approximately 120 miles north of Bannack. The event was felt by people several hundred miles away in surrounding U.S. states and Canadian provinces. 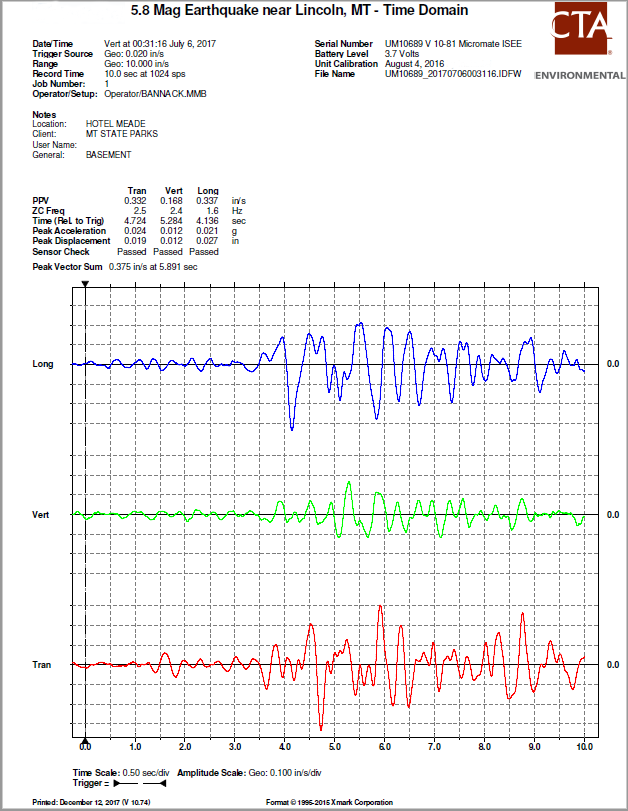 The monitoring equipment at Hotel Meade started recording ground motions from the earthquake less than one minute after it occurred. Unlike construction vibrations or those from human activity that last only a few seconds, the earthquake caused vibrations that lasted for more than six minutes.

Bannack was quite lucky and Montana State Parks personnel did not find substantial damage to the historic structures, although recorded data confirmed Hotel Meade experienced significant tremors. This was the first time Montana State Parks had implemented vibration monitoring at one of their historic sites, and CTA Environmental was able to design the study, guide park personnel in data collection, and interpret the results. Bannack, like many other historic treasures in the West, is a valuable asset that needs to be protected, and CTA Environmental is pleased to have worked on such a unique project.

Was the earthquake data the only unusual event recorded? Not quite.

More than 180 anomalous recordings were captured that could not be attributed to known vibration events. They seemed to come from high-energy electrical fields near the sensors, and the equipment manufacturer was baffled by what could have been their source.

Montana State Parks personnel, however, just chuckled and said they were likely caused by the unseen residents of Hotel Meade whose famed existence brings intrigued visitors to Bannack each year. 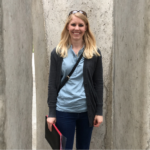 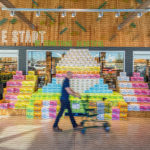