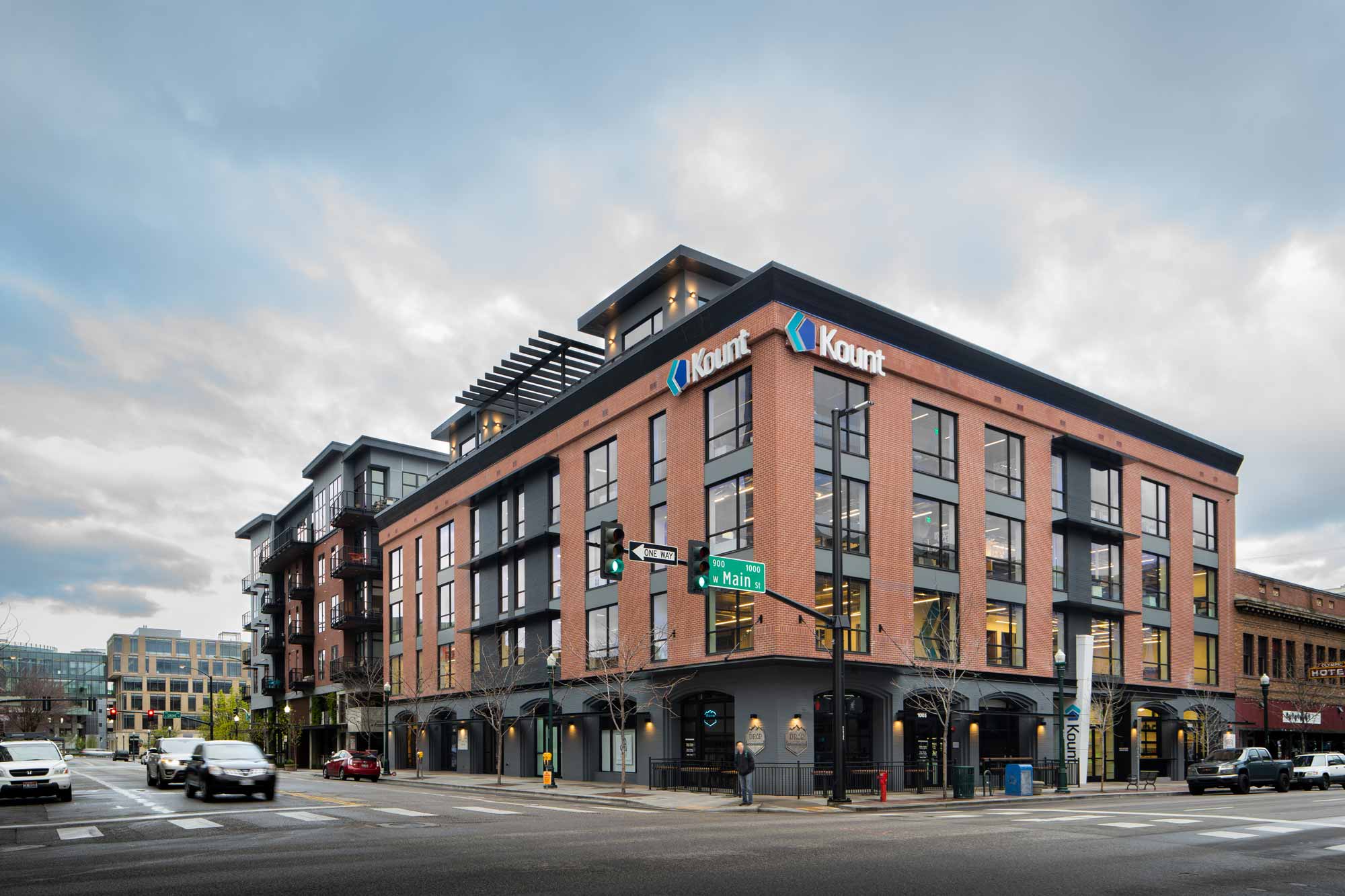 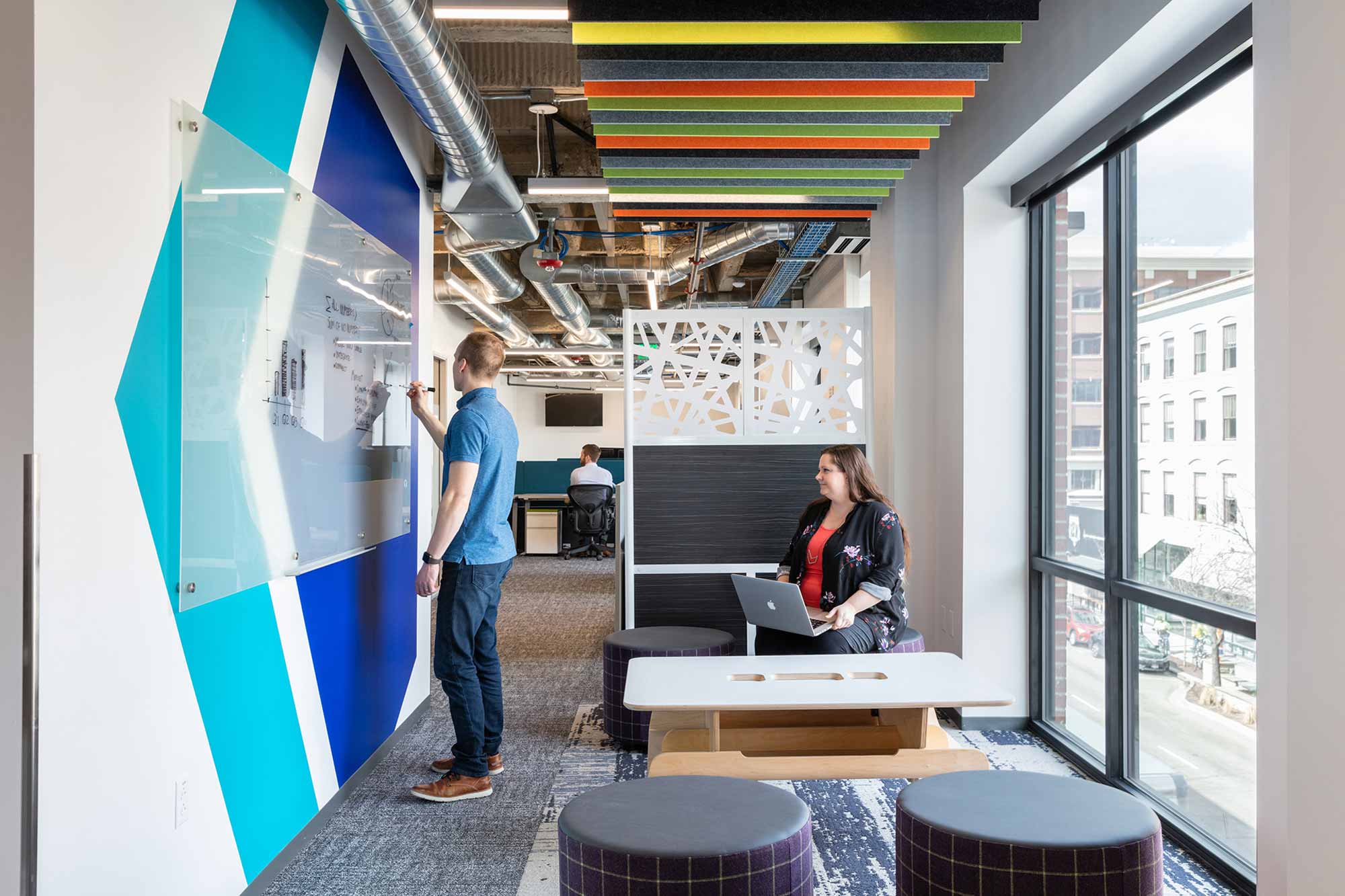 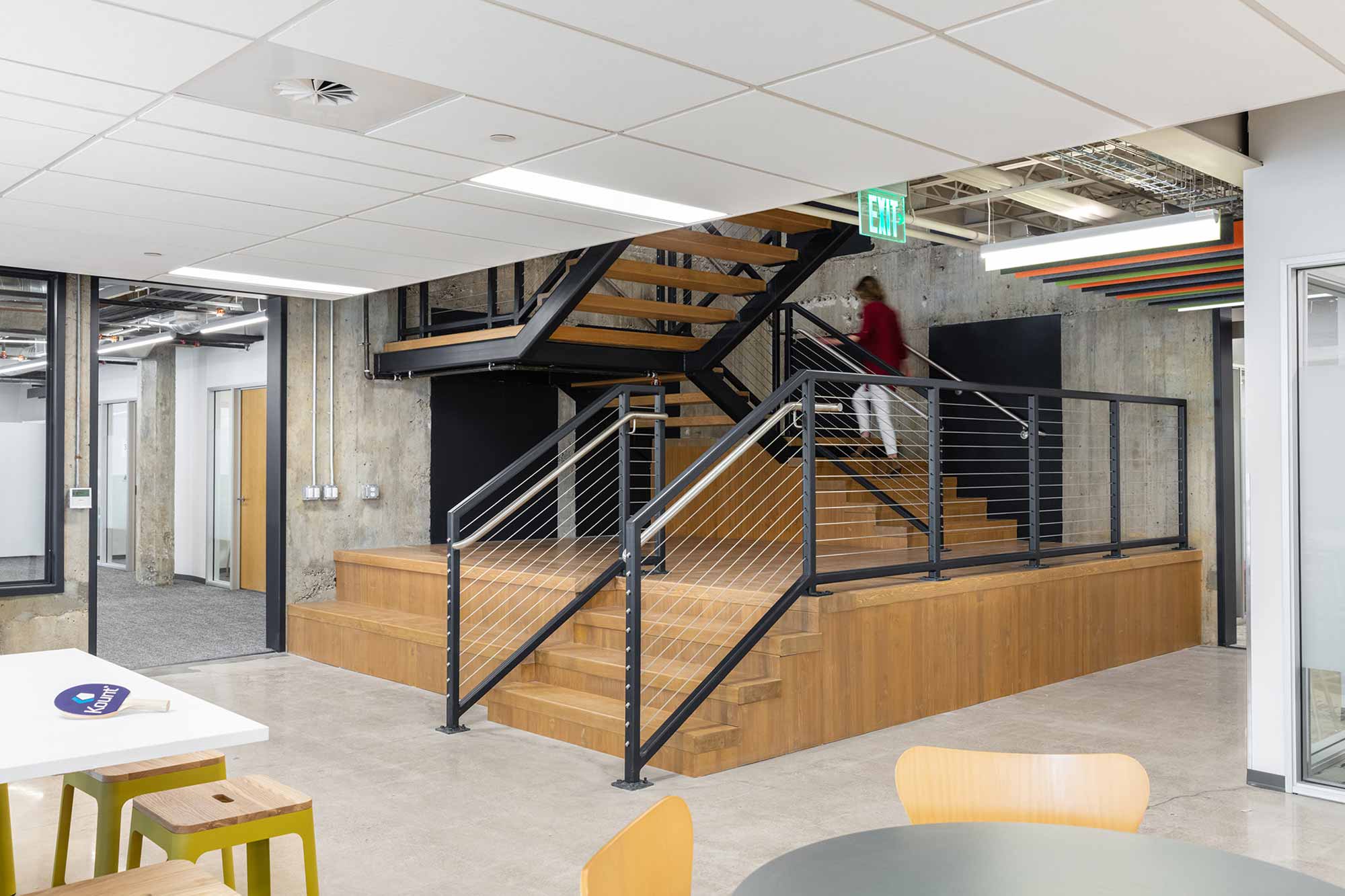 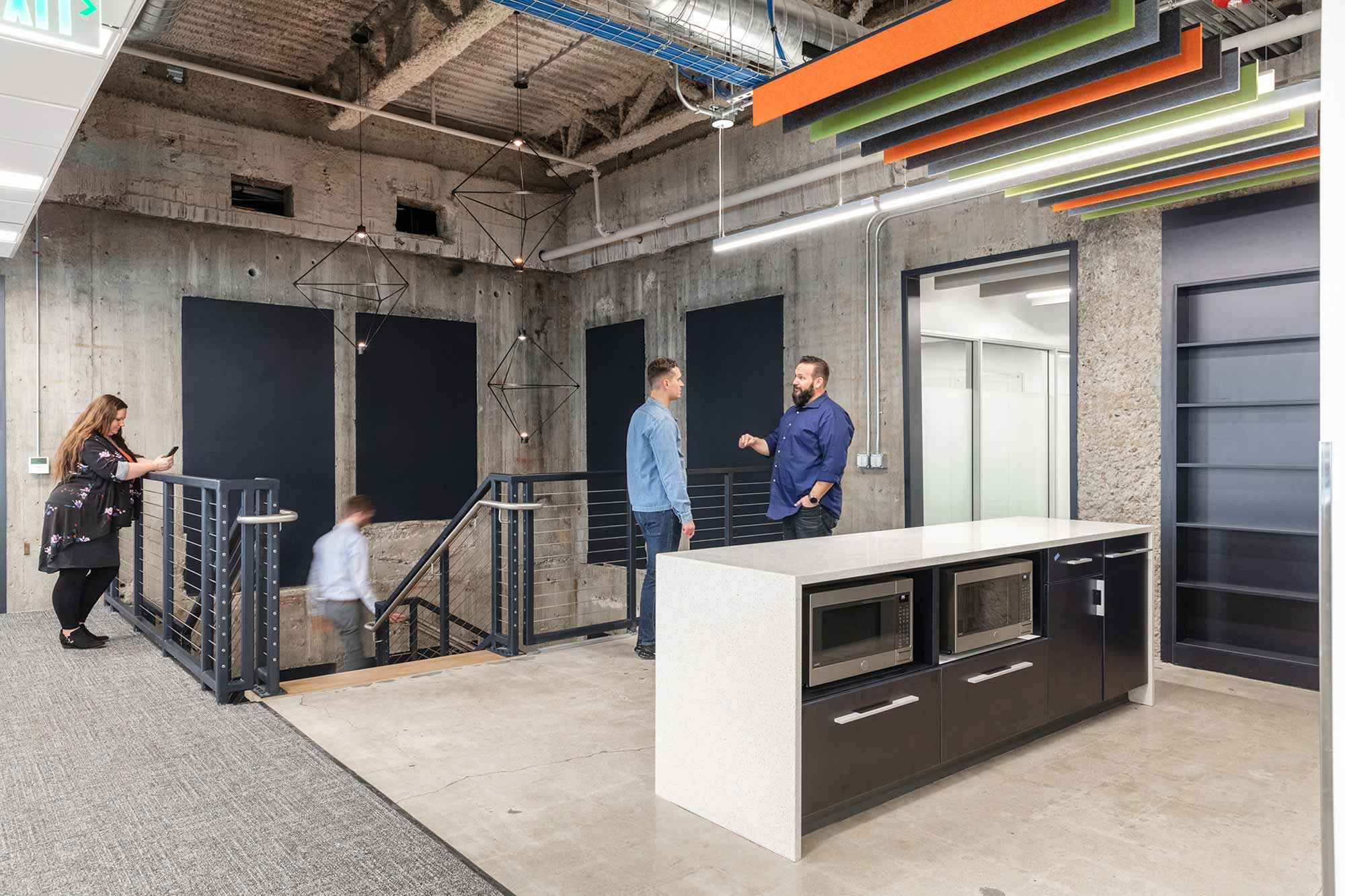 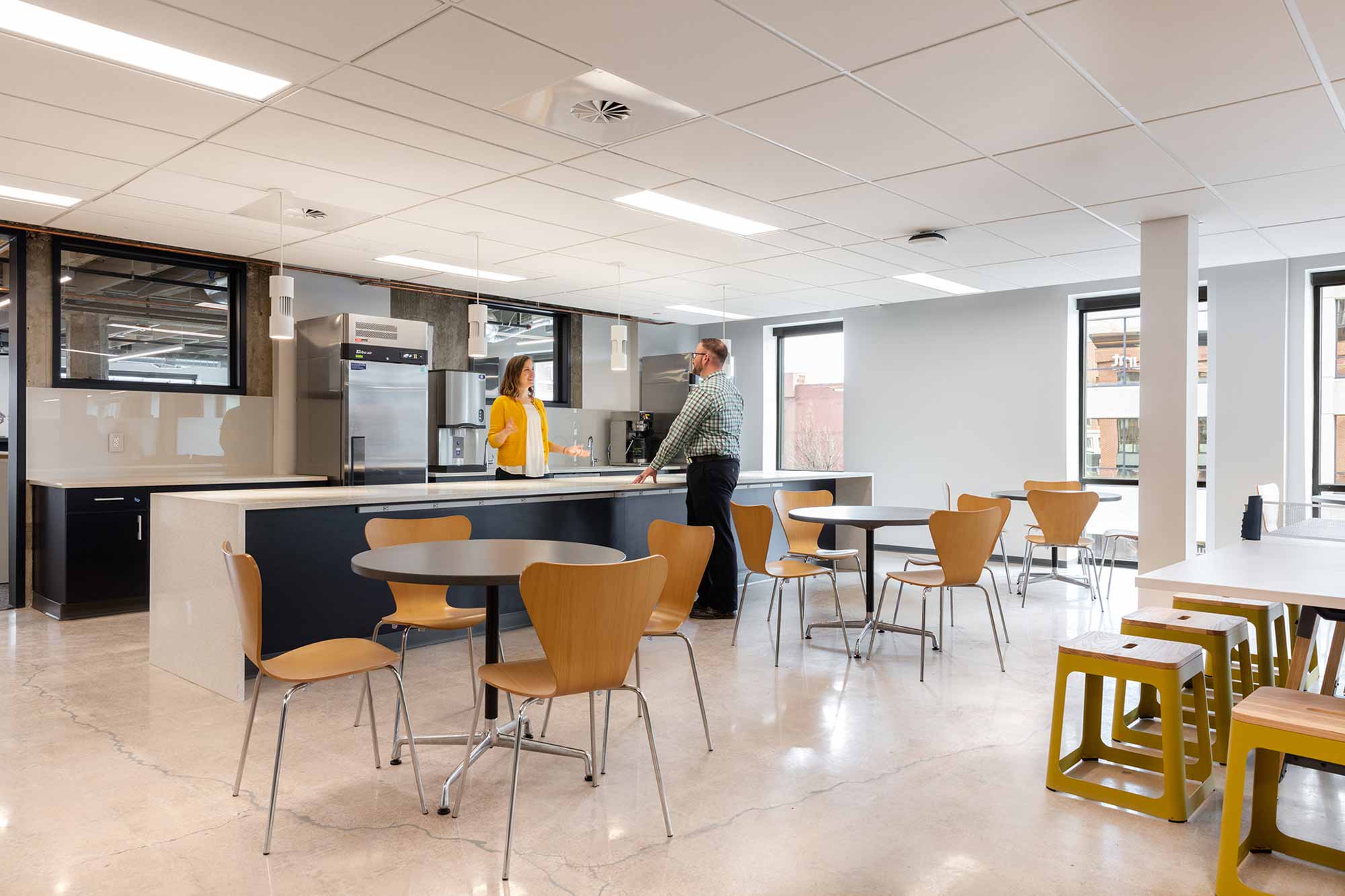 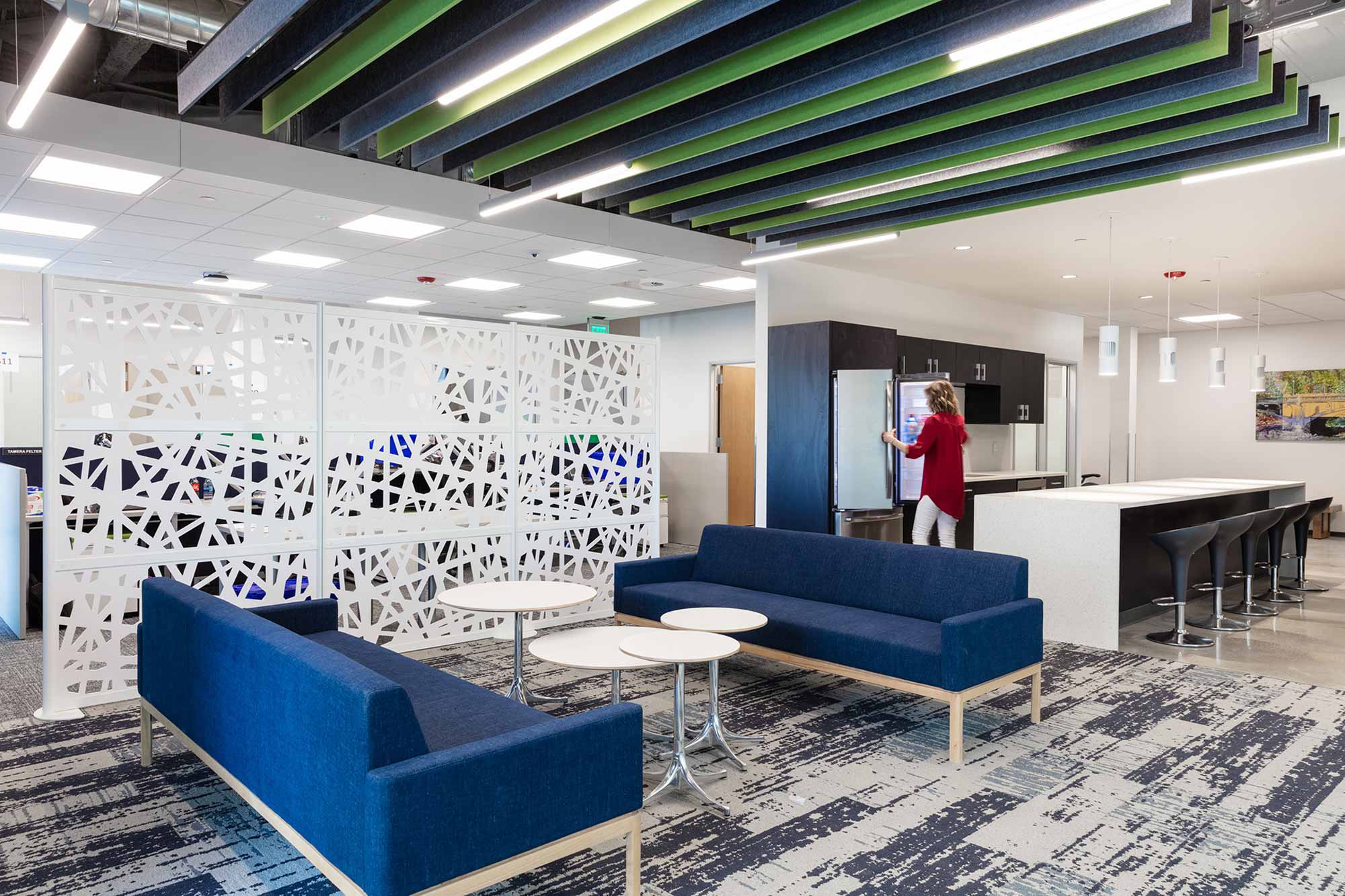 The renovation of what is now known as the Tenth and Main building has unveiled a hidden architectural gem in Boise, Idaho. As one of the oldest mixed-use buildings in the heart of downtown, the team’s goal was a full transformation of the building and a revitalization of the block to draw people in and create a destination.

Built in the 1920s, the historic Langroise/John Alden building is likely the first reinforced concrete building in Boise, and remains structurally solid and intact. While some exterior improvements were made, such as window replacement and the addition of metal canopies, the most intriguing element of the renovation was exposure of the simple, original concrete pan-formed deck, octagonal columns, and solid concrete walls. In line with the design of that era, the building has a U-shaped courtyard, long since enclosed, but still existing and newly exposed within the interior of the building.

Leased to a private business tenant, the upper floors and fifth-story addition were stripped of layered materials and now celebrate the industrial beauty of the building’s original core. The project included a full replacement of mechanical and electrical systems, as well as a new elevator and life safety provisions, bringing the building into the 21st century in terms of comfort, safety, security, and accessibility. The roof-top deck further draws the eye, serving as a valuable tenant amenity.

The renovation returned the building to the public, re-opening previously closed off street-level access and providing an infusion of activity. The ground floor now encompasses a coffee shop, bodega, deli, beer bar and restaurant, wine tasting room, and salon. It provides cohesion throughout the “micro” neighborhoods along Main Street, adding its unique character to the mix.