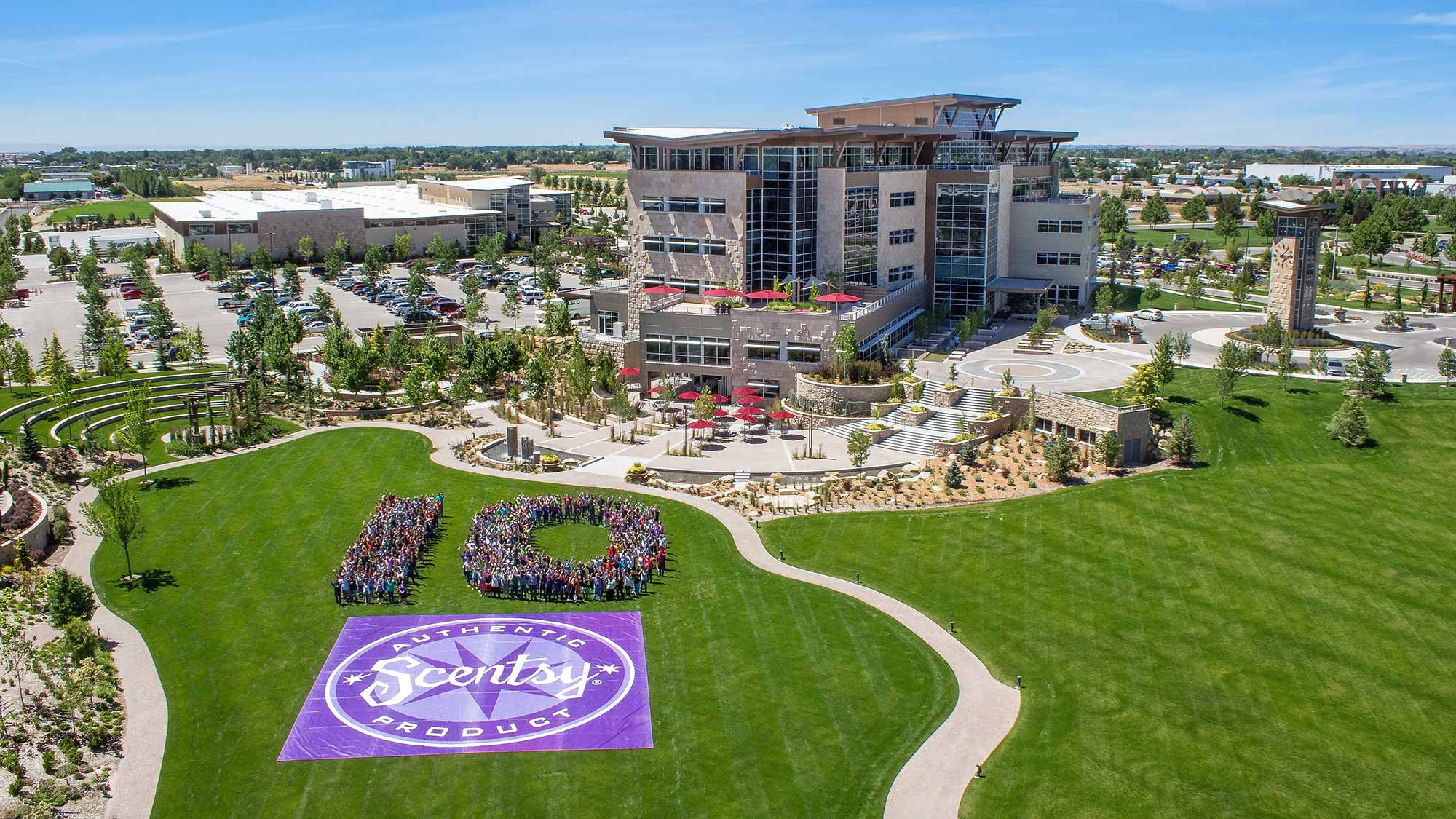 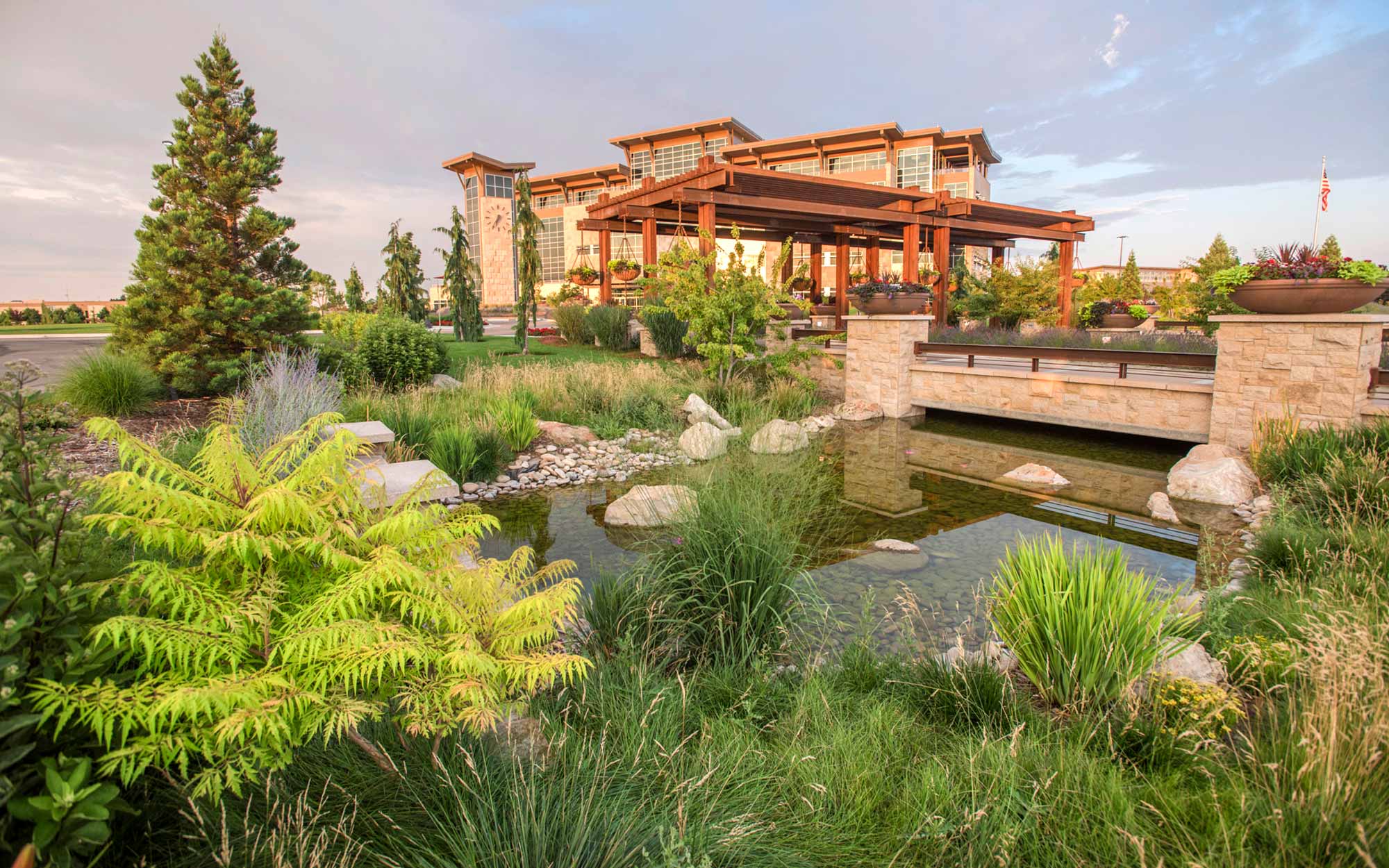 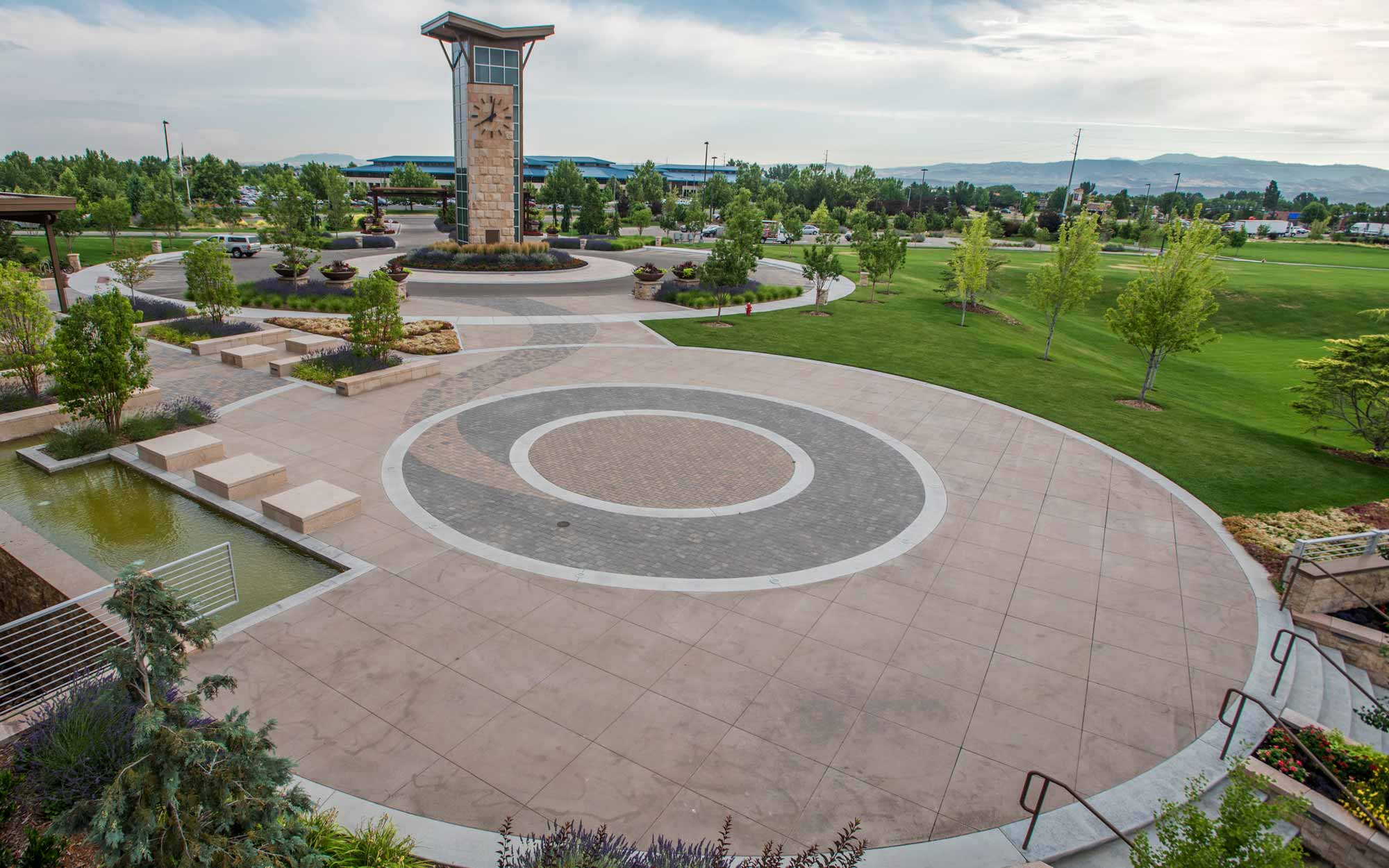 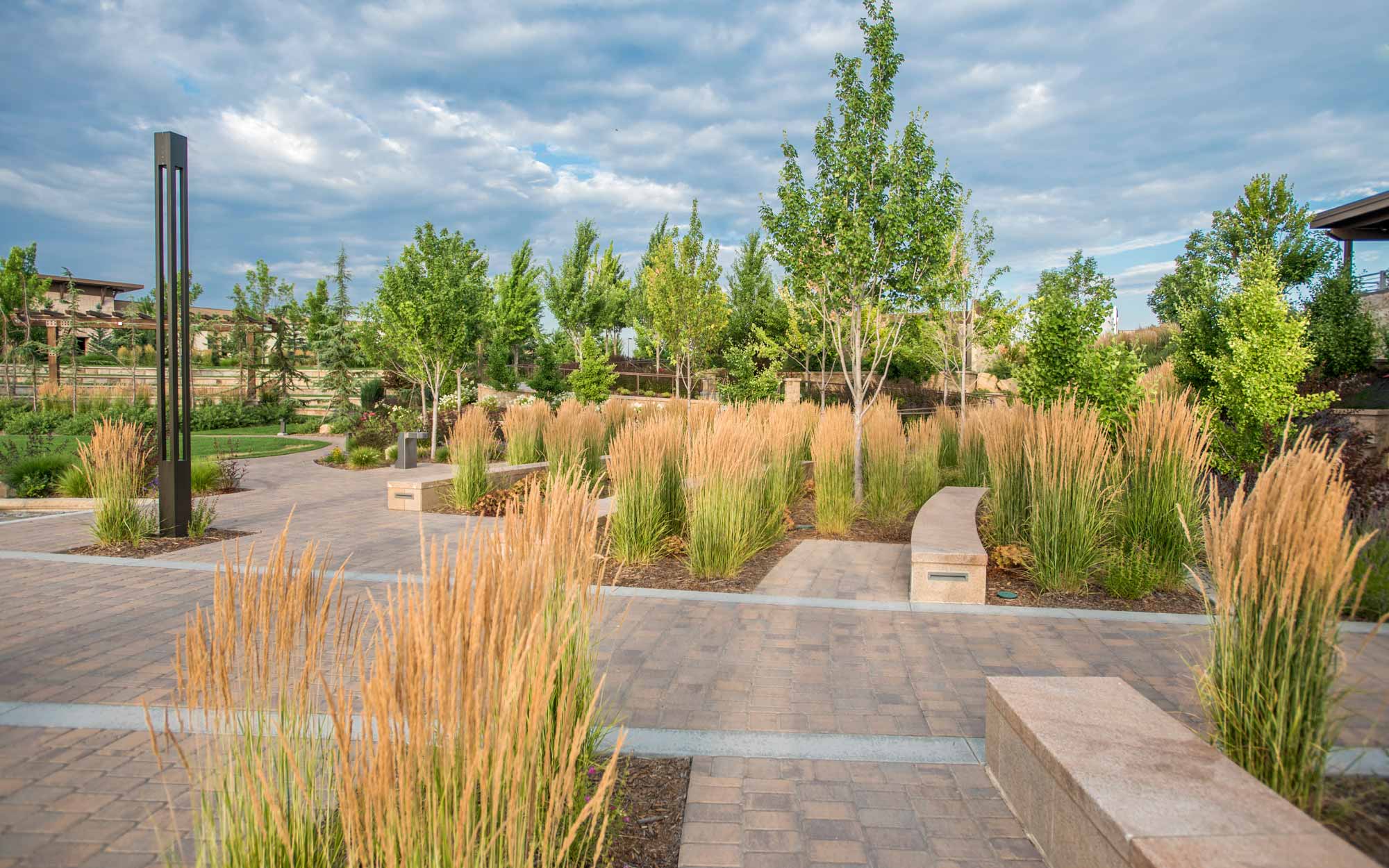 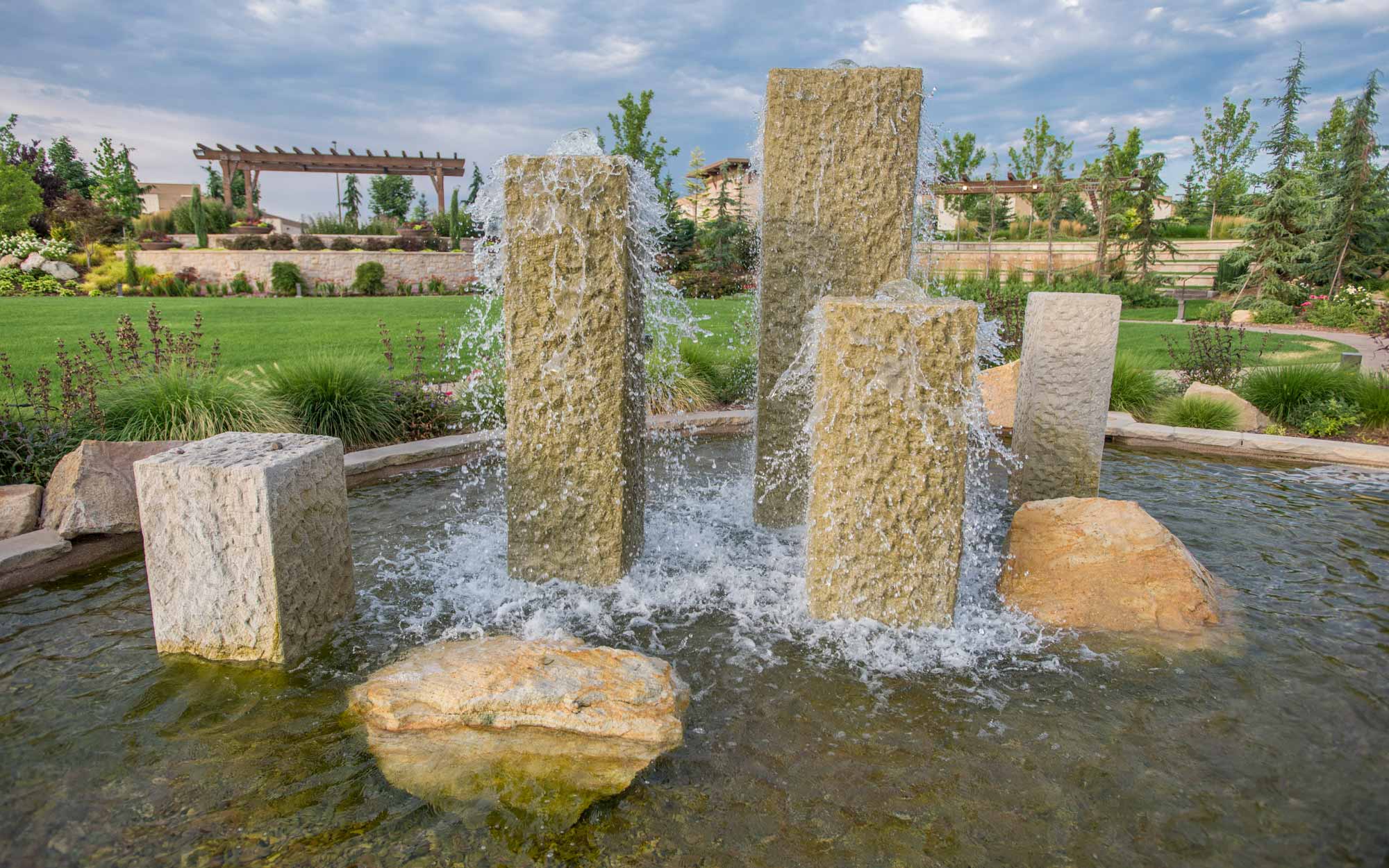 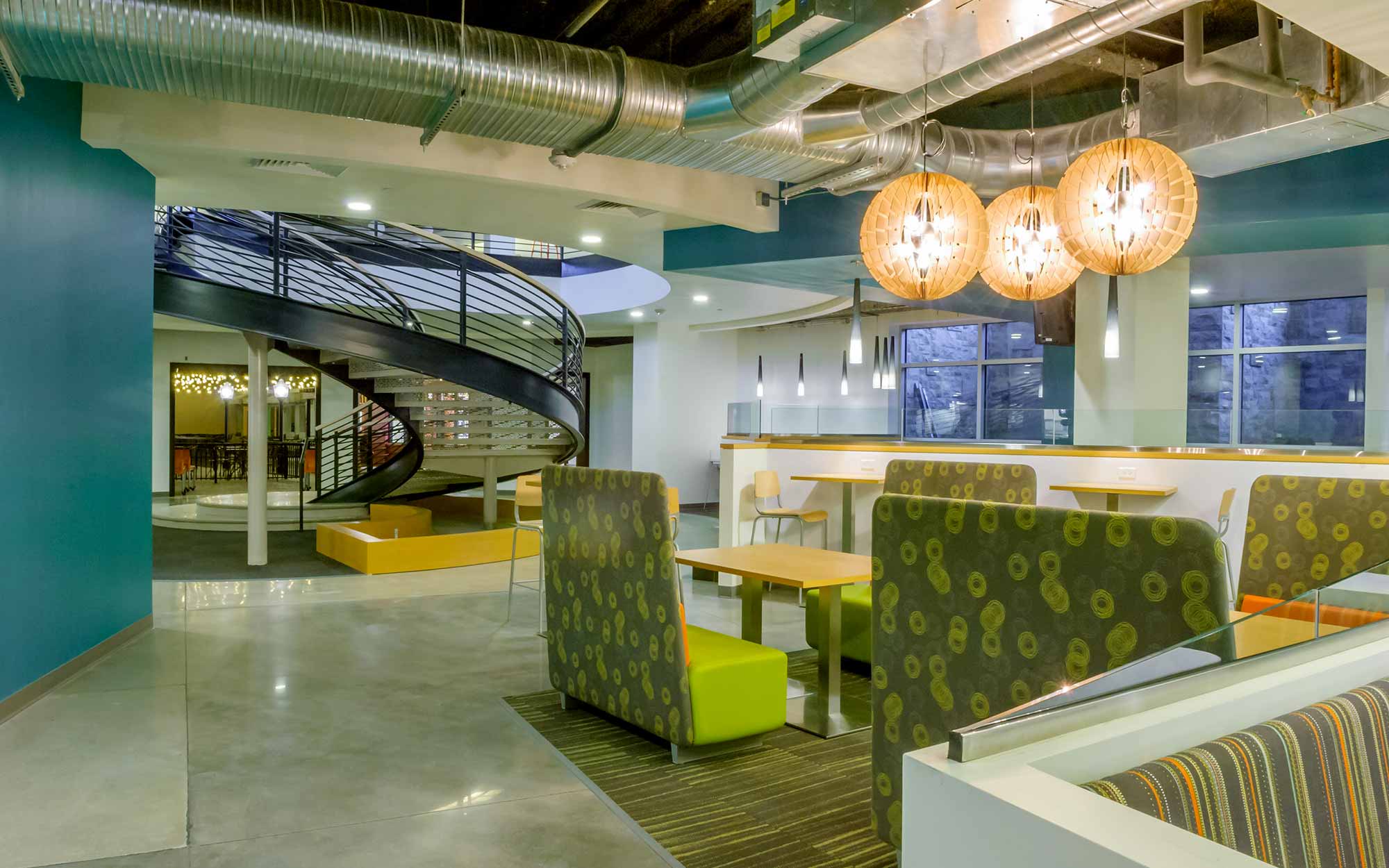 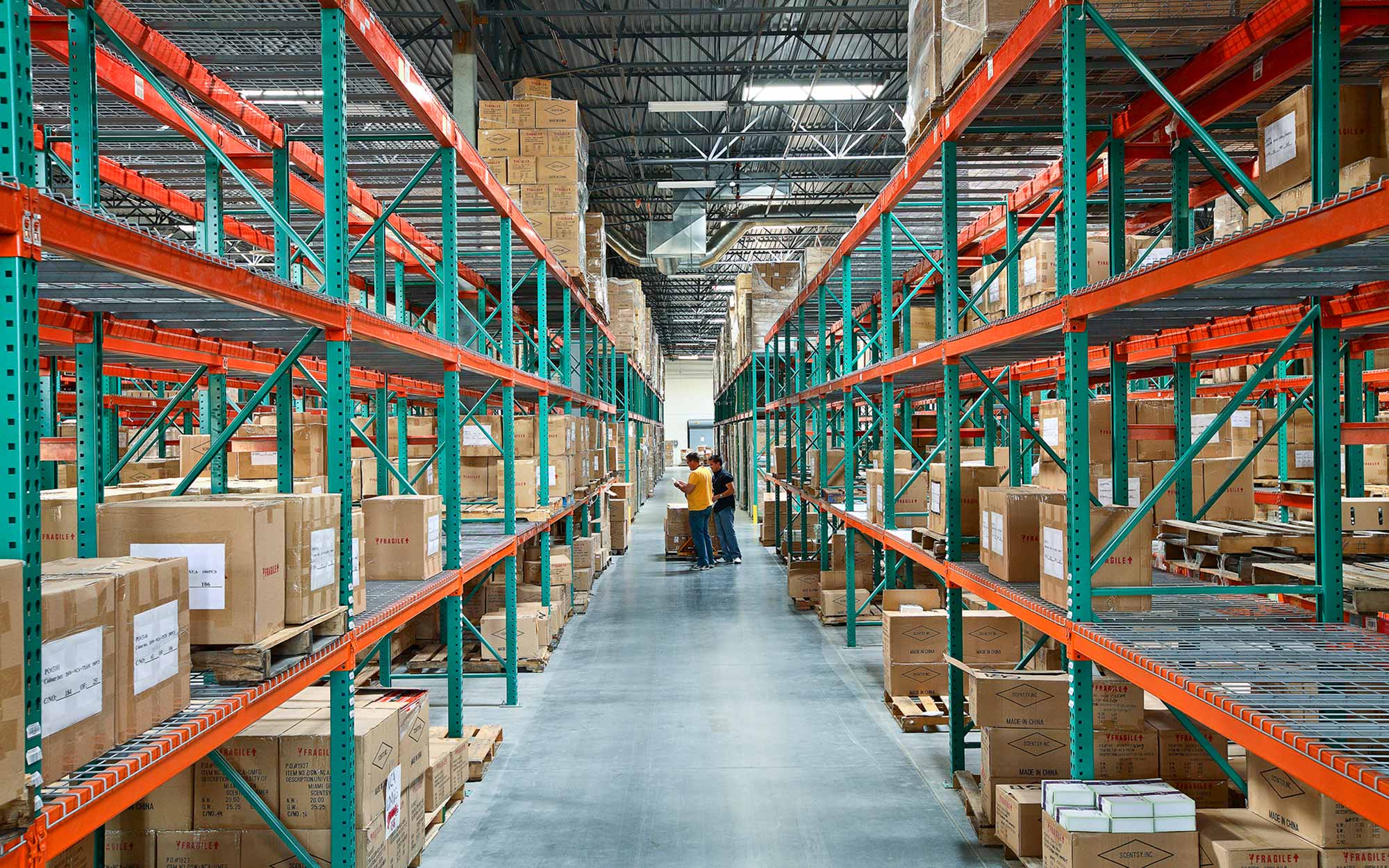 Scentsy’s 170,500 sq. ft., six-story office tower set the architectural vocabulary for the campus. With an open-to-the-public café, custom-designed central spiral staircase, and six roof gardens, the innovative and sustainable building earned four Green Globes, a first in Idaho. The distribution center — spanning 190,000 sq. ft. with a three-story office element and its own roof garden — earned three Green Globes, a rarity for a building of its magnitude. A rail spur was also planned and built for transportation of wax by rail car for onsite manufacturing.

With elements woven into a site circulation system that are integral to the design and function of the campus, the exterior landscape boasts modern courtyards and plazas, outdoor recreation spaces, and water features. Altogether, Scentsy Commons creates a corporate office landmark where none existed before, and acts as a new model for future such campuses in the Treasure Valley.