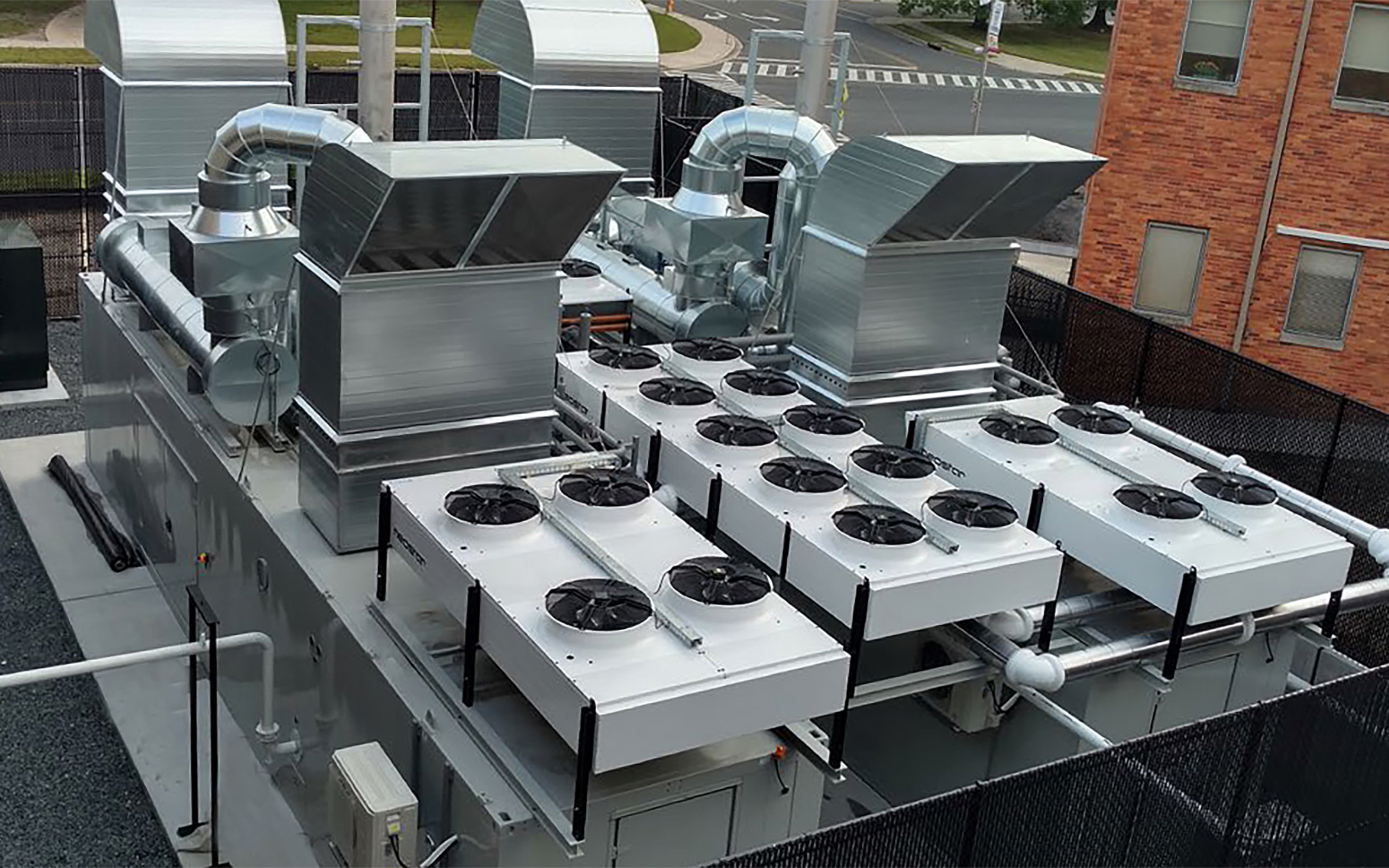 Cushing Terrell provided architectural and engineering services for this combined heat and power (CHP) project which consisted of two 1560kW reciprocating engine generators. The power output from each engine was combined through a 3750kVA step-up transformer to match the hospital’s 25kV electrical distribution system. New switchgear and control systems were installed to allow the system to operate in grid parallel load-following mode, as well as island mode.

Thermal output from the engines is now delivered to two points-of-connection in separate boiler rooms on opposite ends of the hospital. Heat is transferred via plate-and-frame heat exchangers, with VFD-controlled booster pumps and motorized valves to modulate flow through nearly a half-mile of new piping. Control of the new thermal integration components was provided via a new building automation system, while new BTU meters offered real-time visibility into the amount of boiler energy consumption avoided through the use of CHP.

Cushing Terrell also assisted with obtaining a grant from the Maryland Energy Administration. The annual power production of 26 million kilowatt hours will provide an annual electricity cost savings of $415,000, along with $324,000 savings in natural gas.