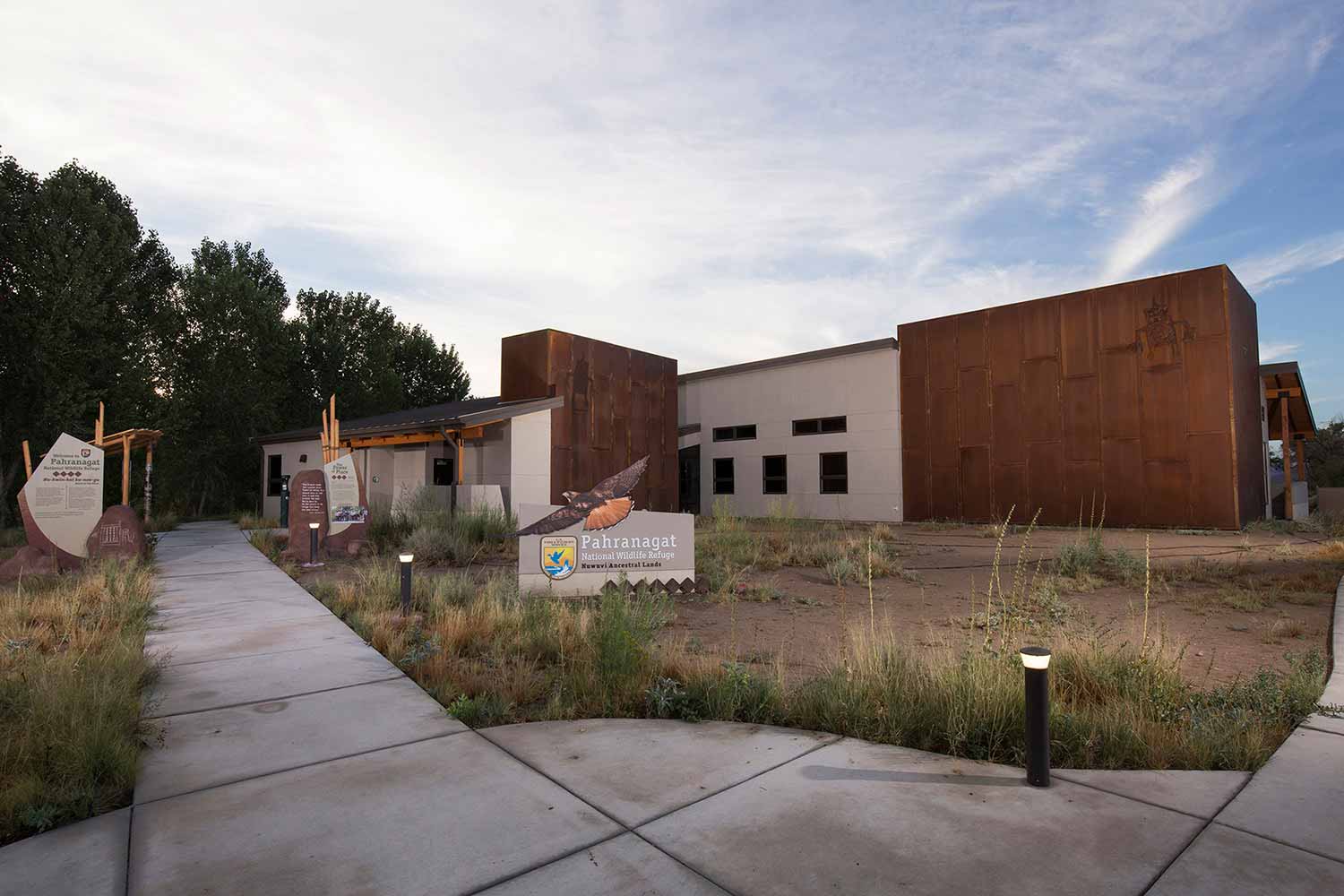 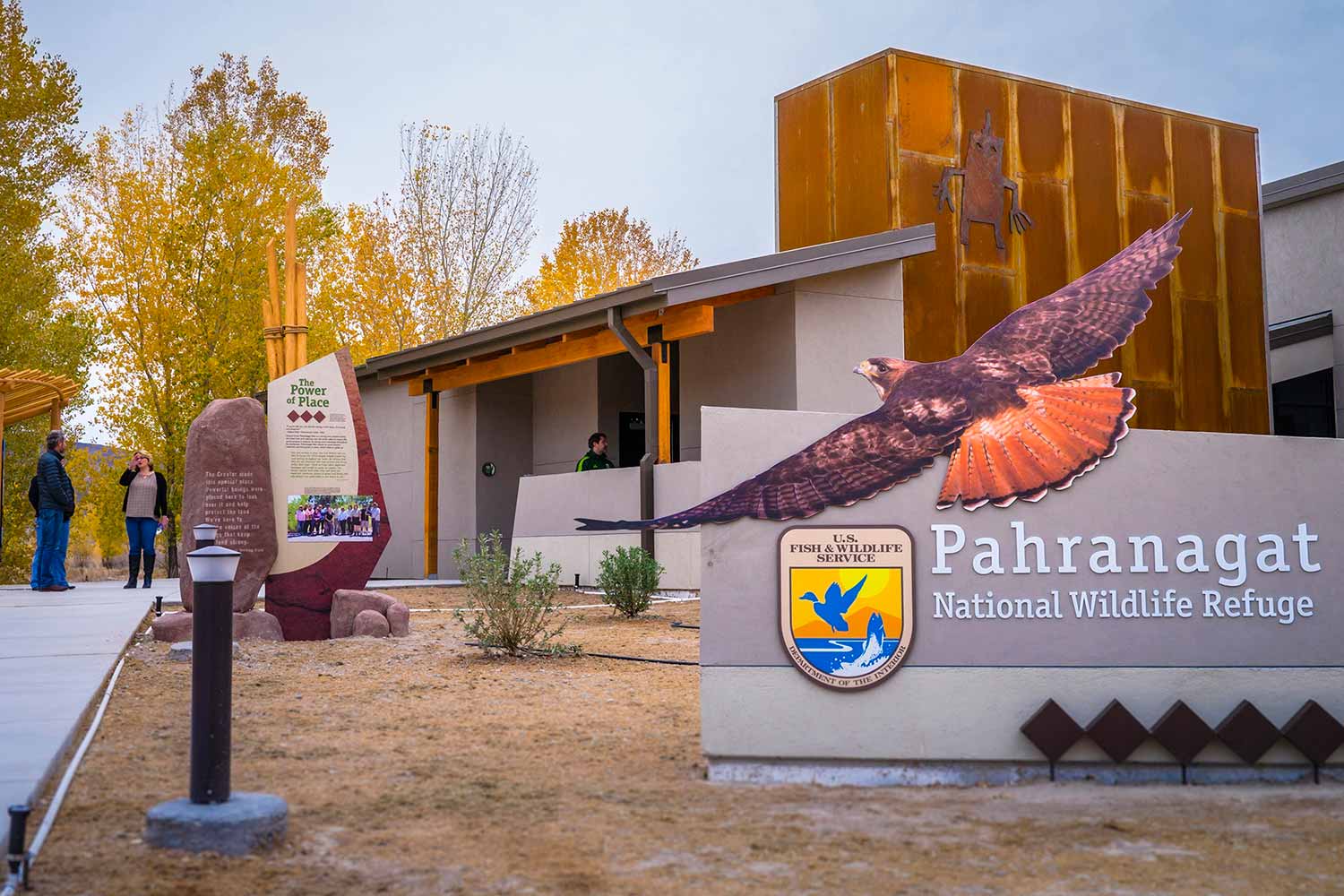 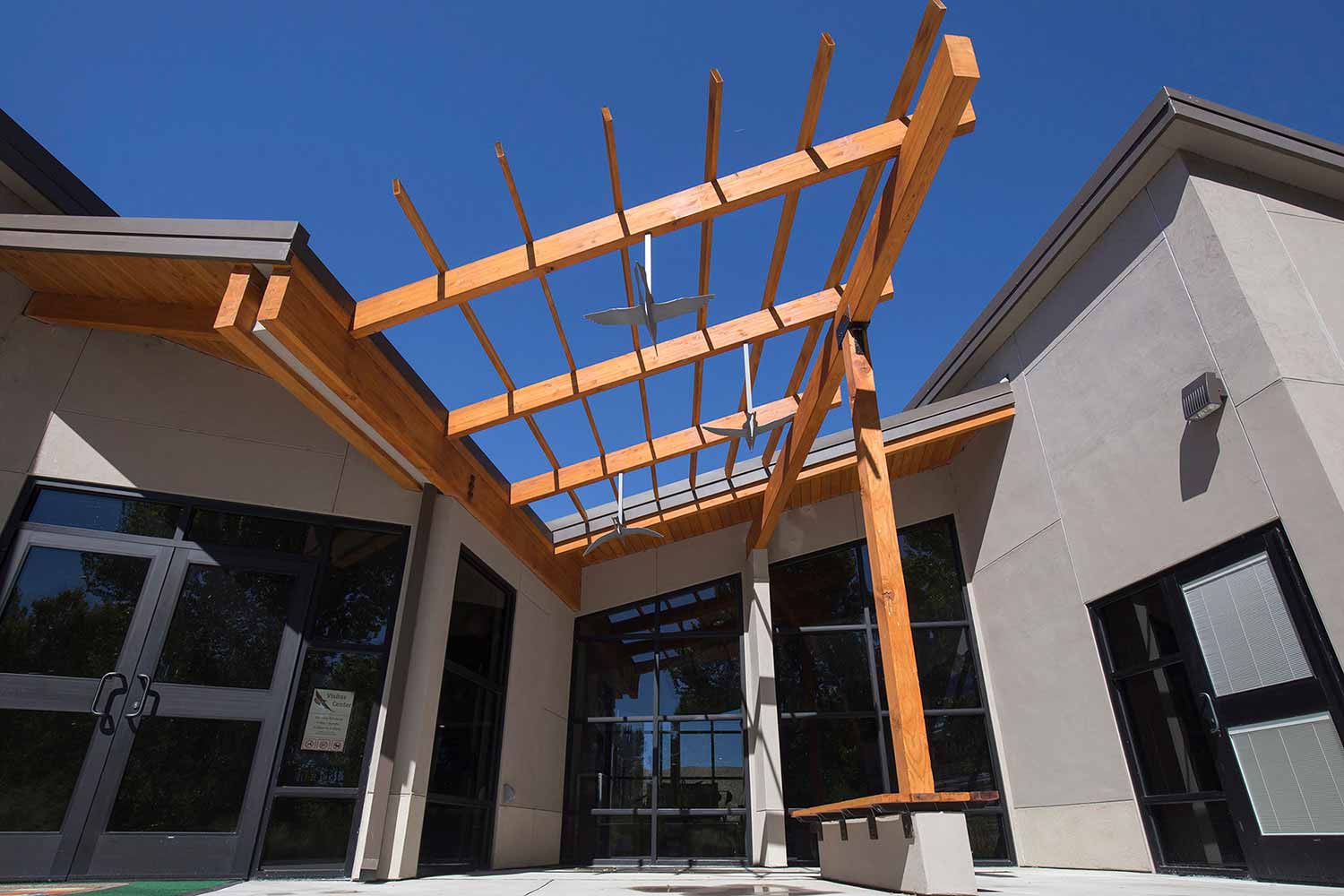 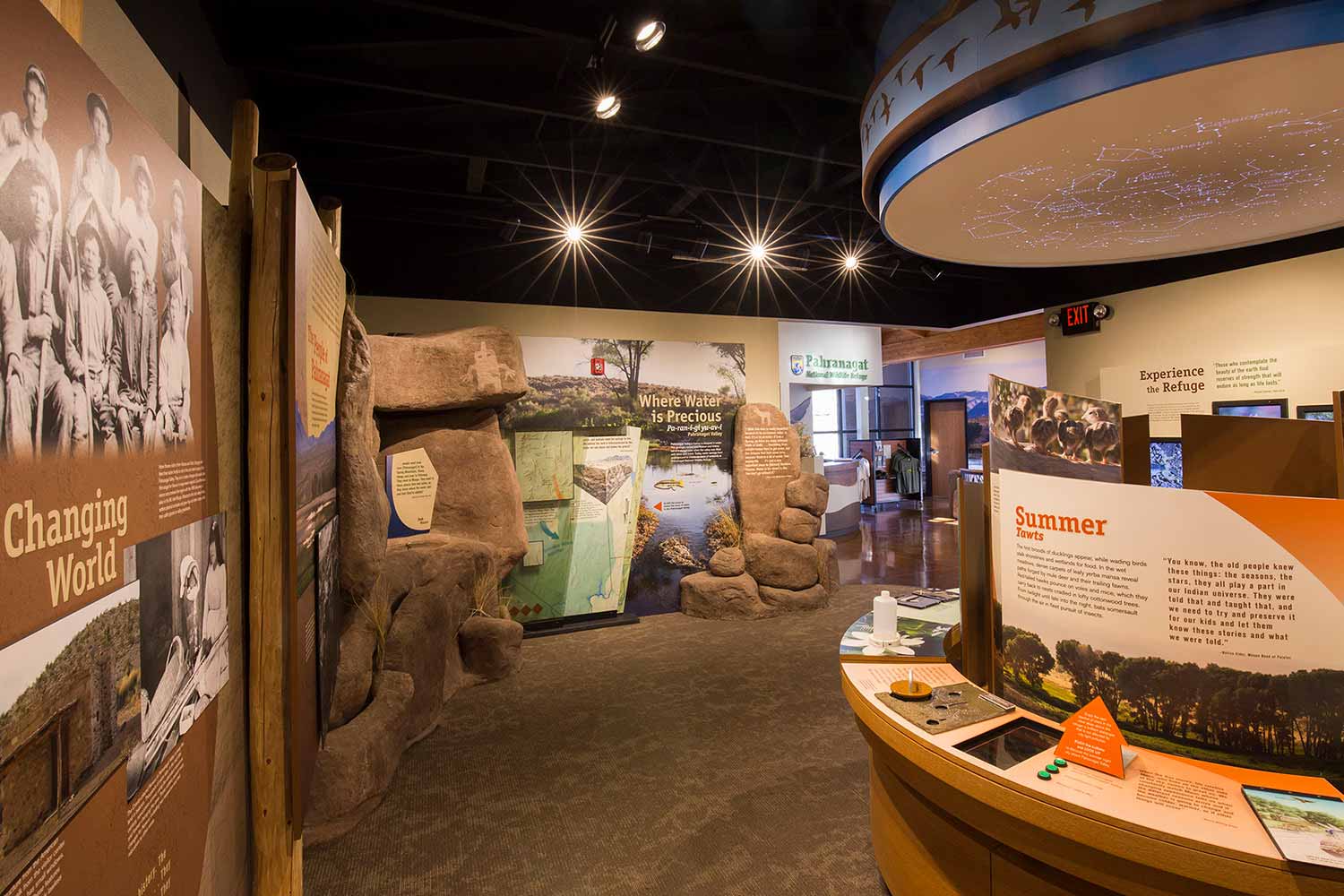 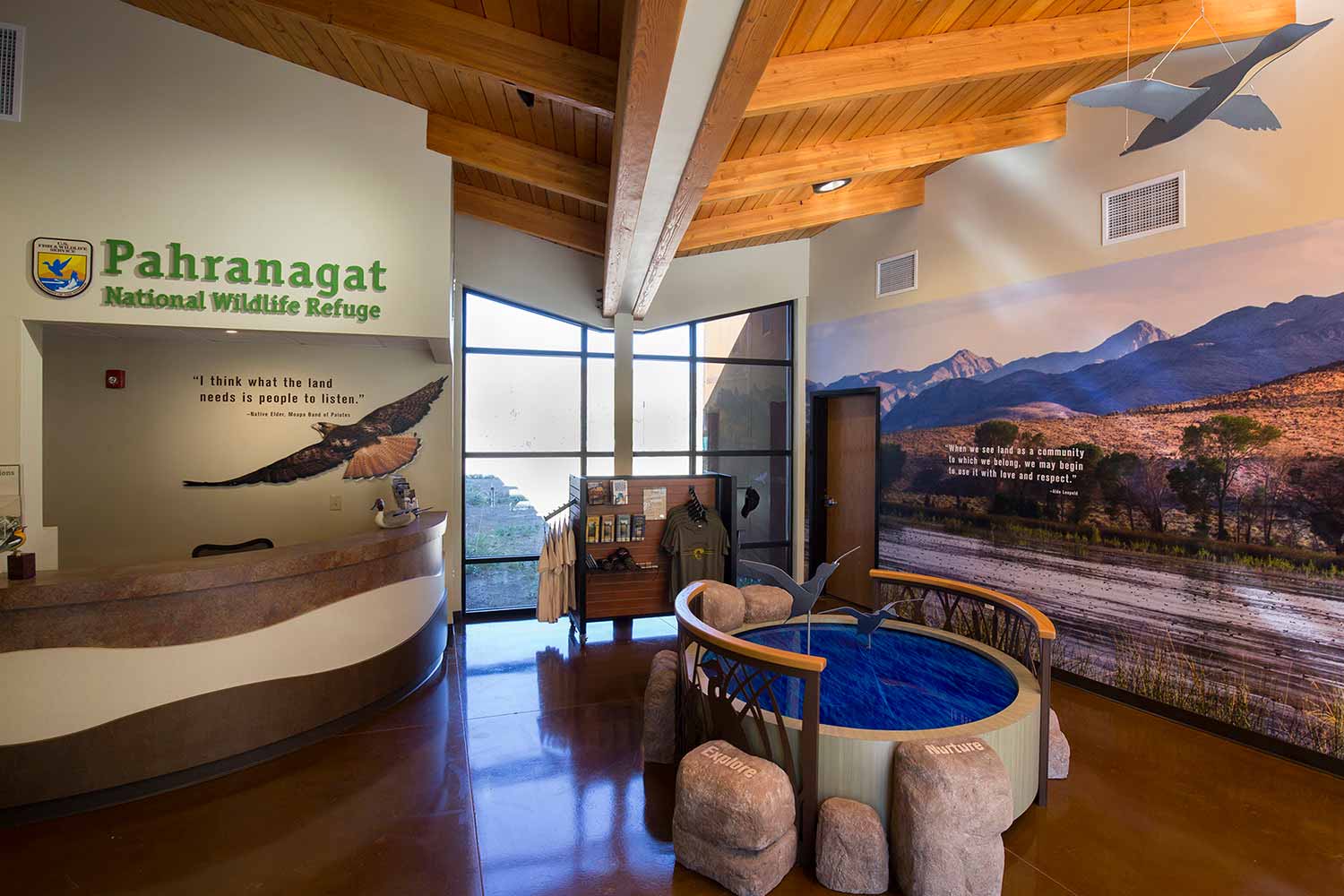 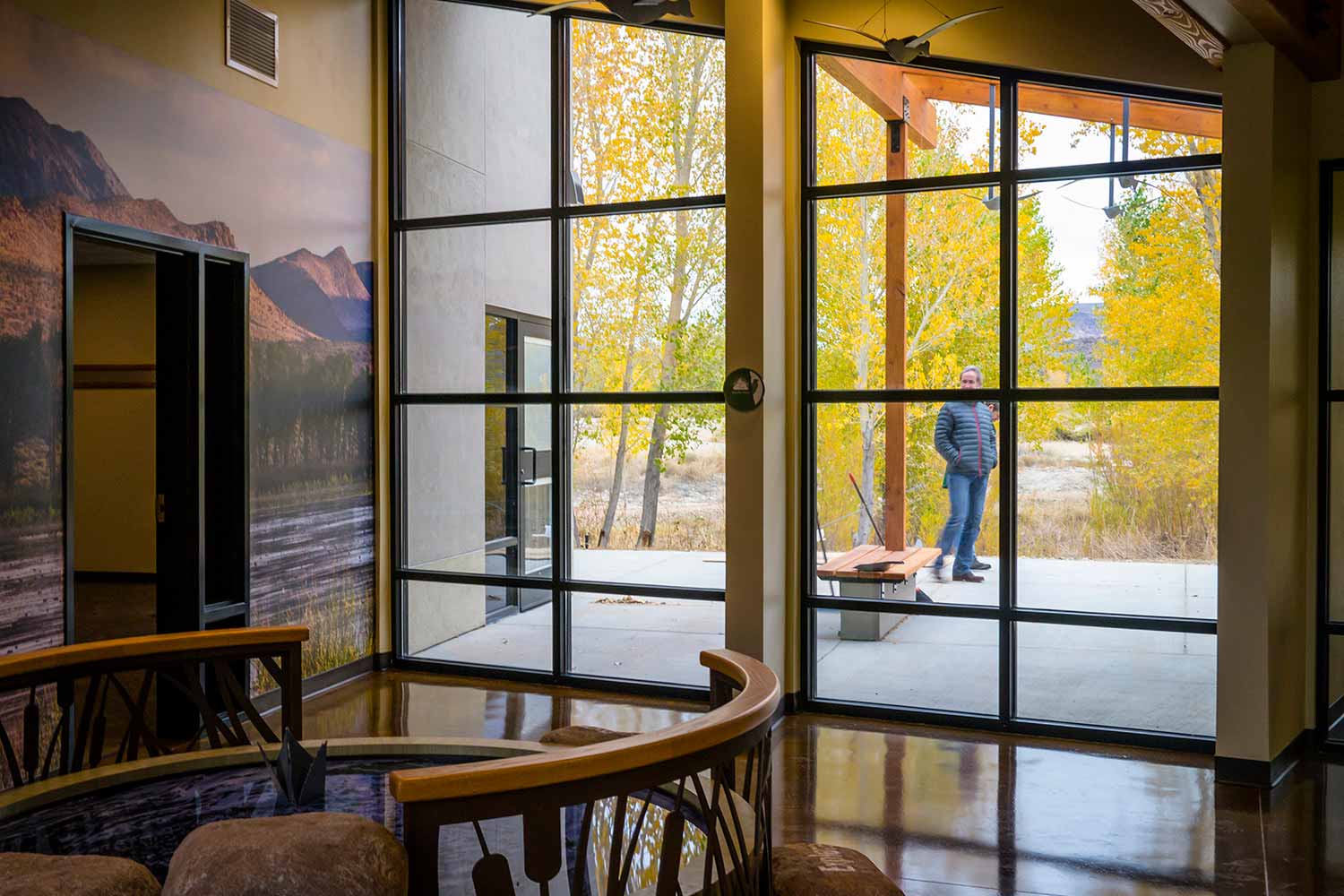 The 5,000 sq. ft. facility is situated on a four-acre site and includes staff office space, visitor facilities, lobby, reception area, multipurpose room, exhibit room, and public restrooms. Exte­rior elements include parking for visitor buses/RVs, passenger cars, and staff vehicles. ADA-accessible trails provide access to the site’s amenities including a seasonal stream with associ­ated riparian area, vistas, and interpretive displays. The design incorporates aspects important to the native populace such as an east-facing entry and banding to express the red-tailed hawk. Inspiration was sought from the cultural history of the area, the landscape, the forms, and the native wildlife. US­FWS was integral in the design process, pushing Cushing Terrell to create something as culturally relevant as possible.

Cushing Terrell involved all key members of the design team and ideas were evaluated for functionality, aesthetics, and performance. Energy modeling was used with early archi­tectural modeling to inform orientation and building massing as well as materials and systems. The result is a cost-effective, high-performance building exceeding performance goals. Af­ter a full year of operation, energy data showed the facility was well below zero net energy consumption. The building pushed almost twice as much energy as it consumed back to the elec­trical grid over the past 12 months.