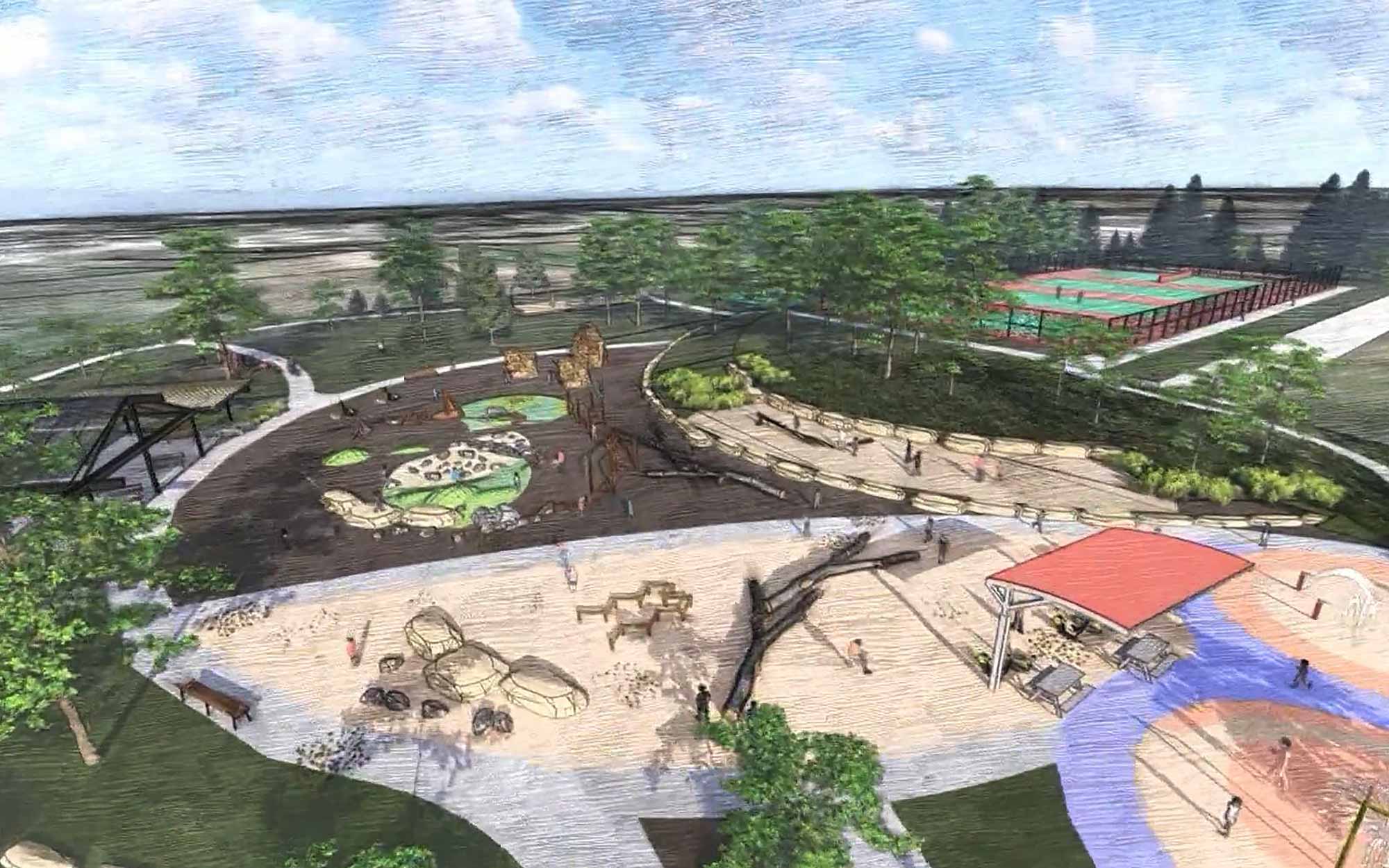 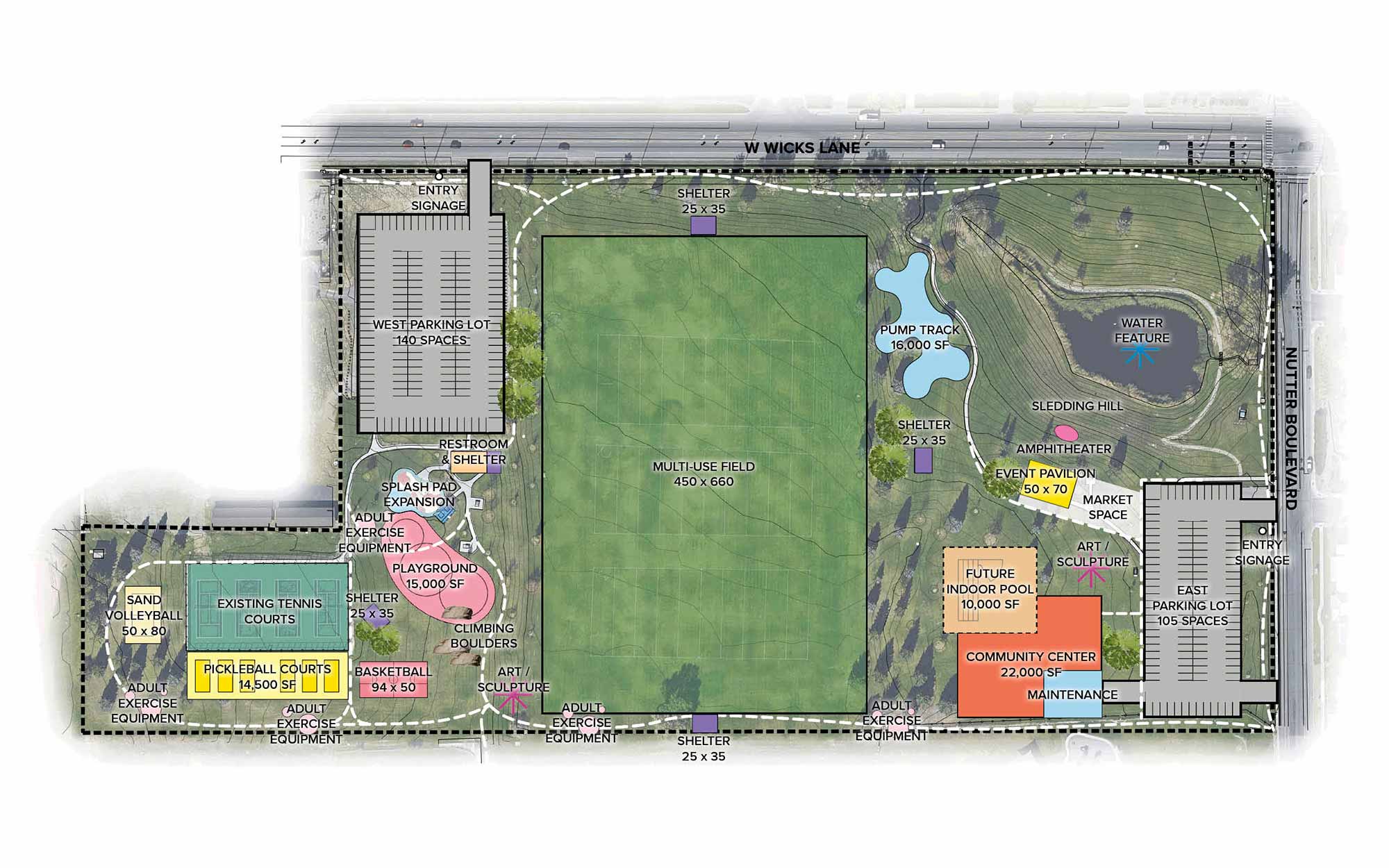 Cushing Terrell prepared the master plan for Billings’ Castle Rock Park, the largest park in the growing Heights neighborhood and one that had been left undeveloped for more than 20 years. While its wide-open grass playing fields, sledding hill, and splash pad are well-loved, the community has been asking for a destination playground, swimming pool, and community center for decades and rapid growth in the Heights has only intensified the need for these amenities.

Community engagement for this project was almost entirely virtual; however, “The level of public engagement received on this project has set a new bar that now all park master plans will have to meet,” said Michael Whitaker, director of Billings Parks and Recreation. Google Jamboards were used for virtual charrettes in which participants were able to move scaled park amenities around to explore various site design options. The result was a site plan prioritizing the neighborhood’s desires while also looking at Castle Rock in the context of the Billings park system as a whole.

Construction on the park’s playground is slated to begin in 2022.