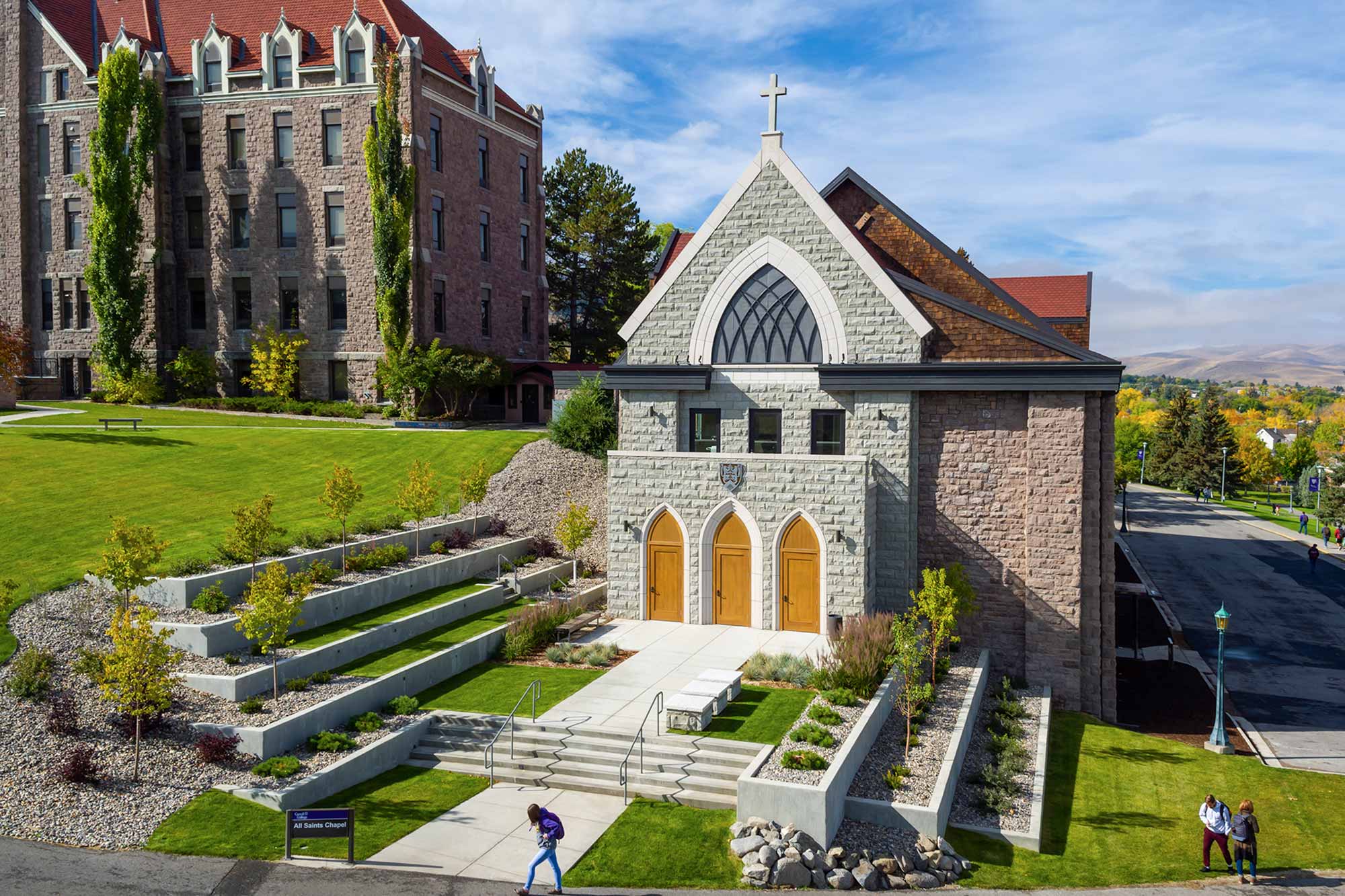 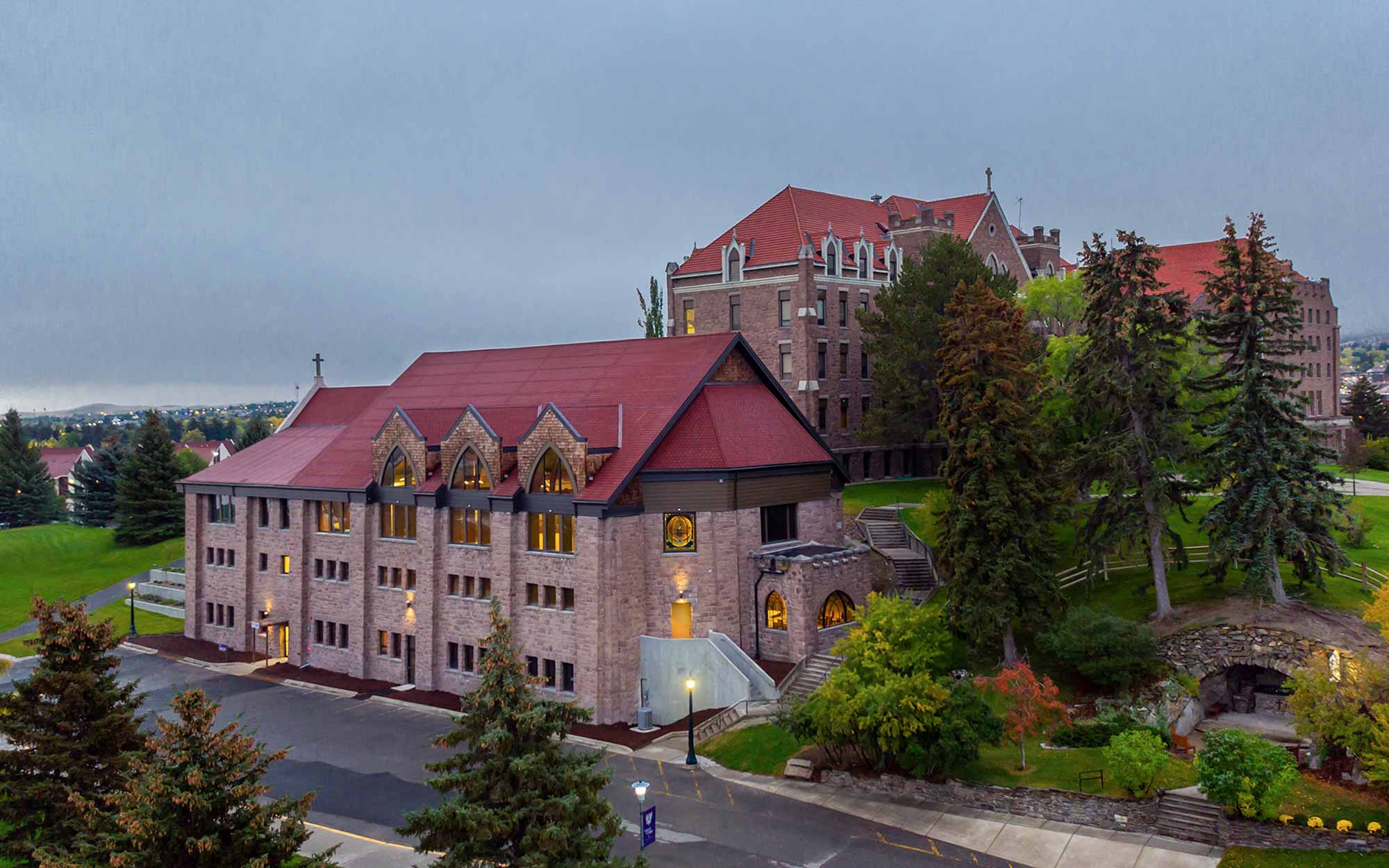 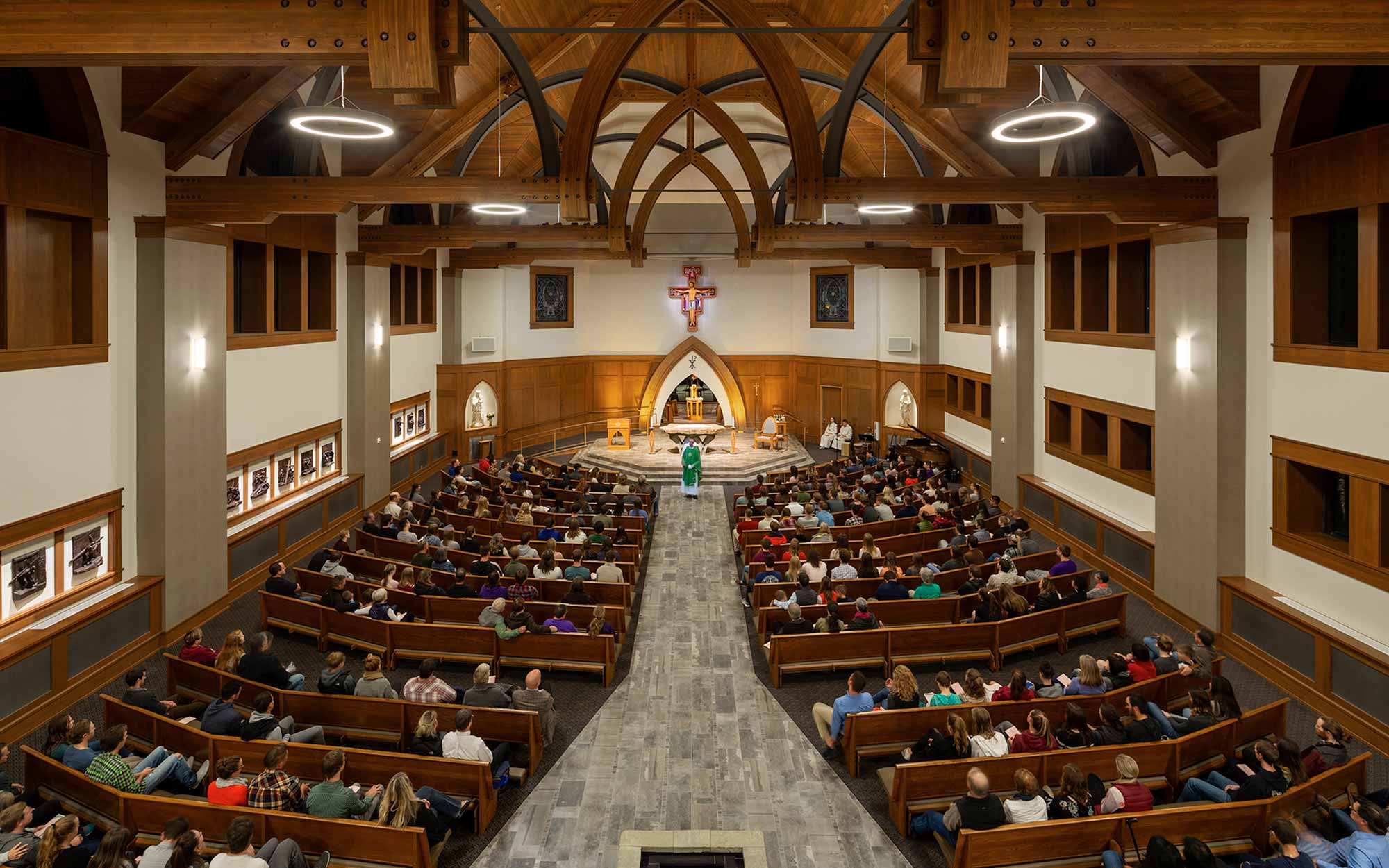 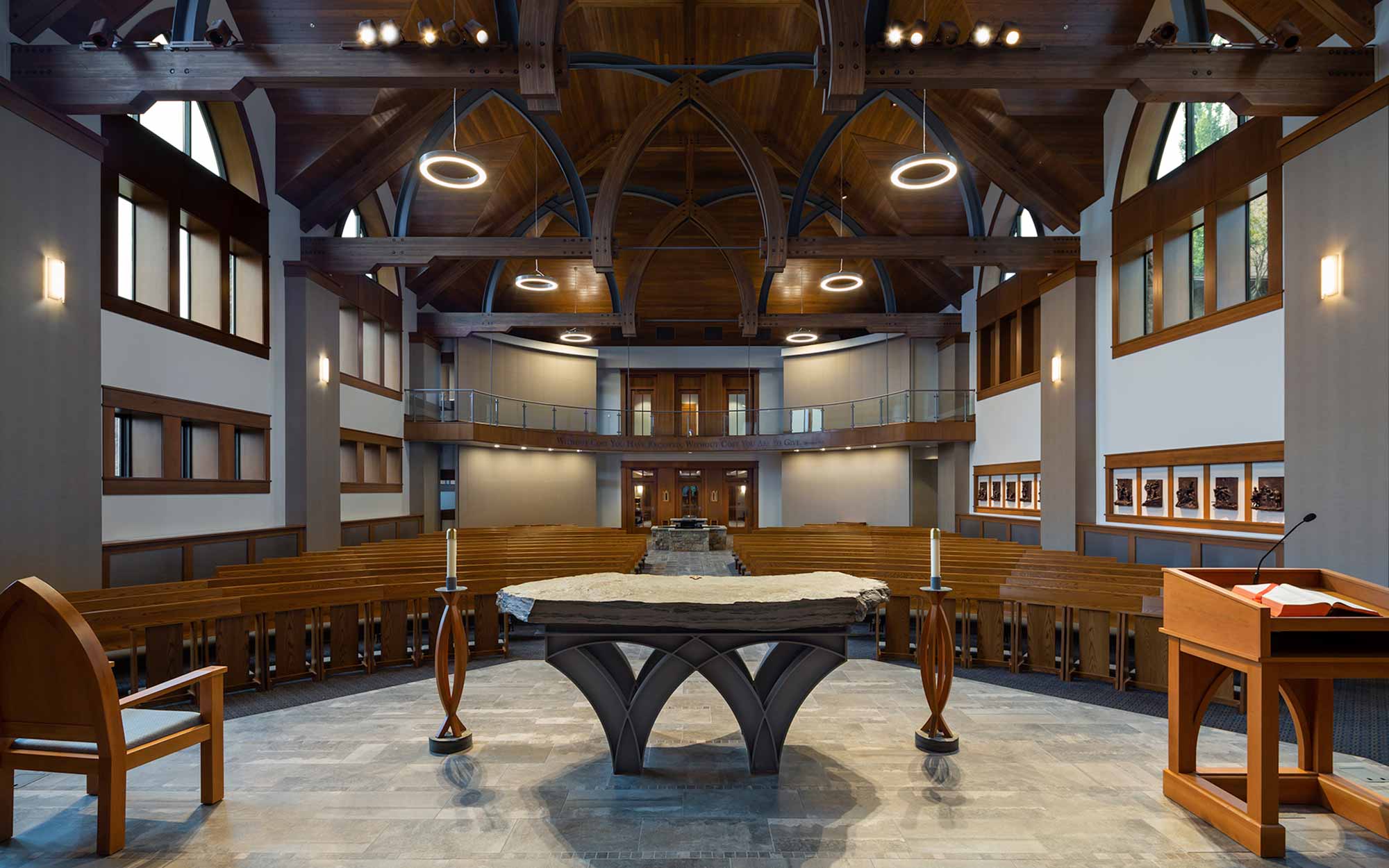 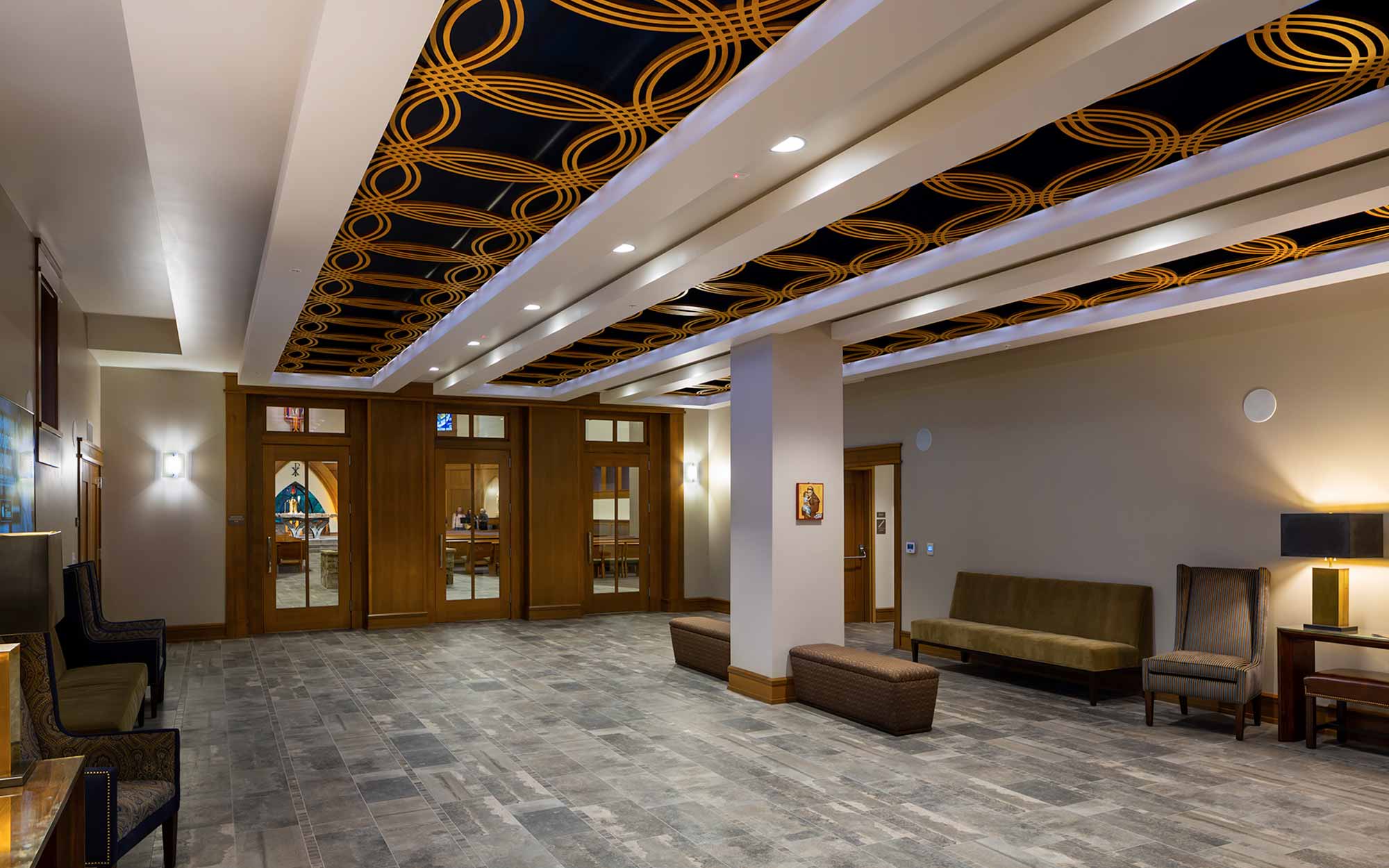 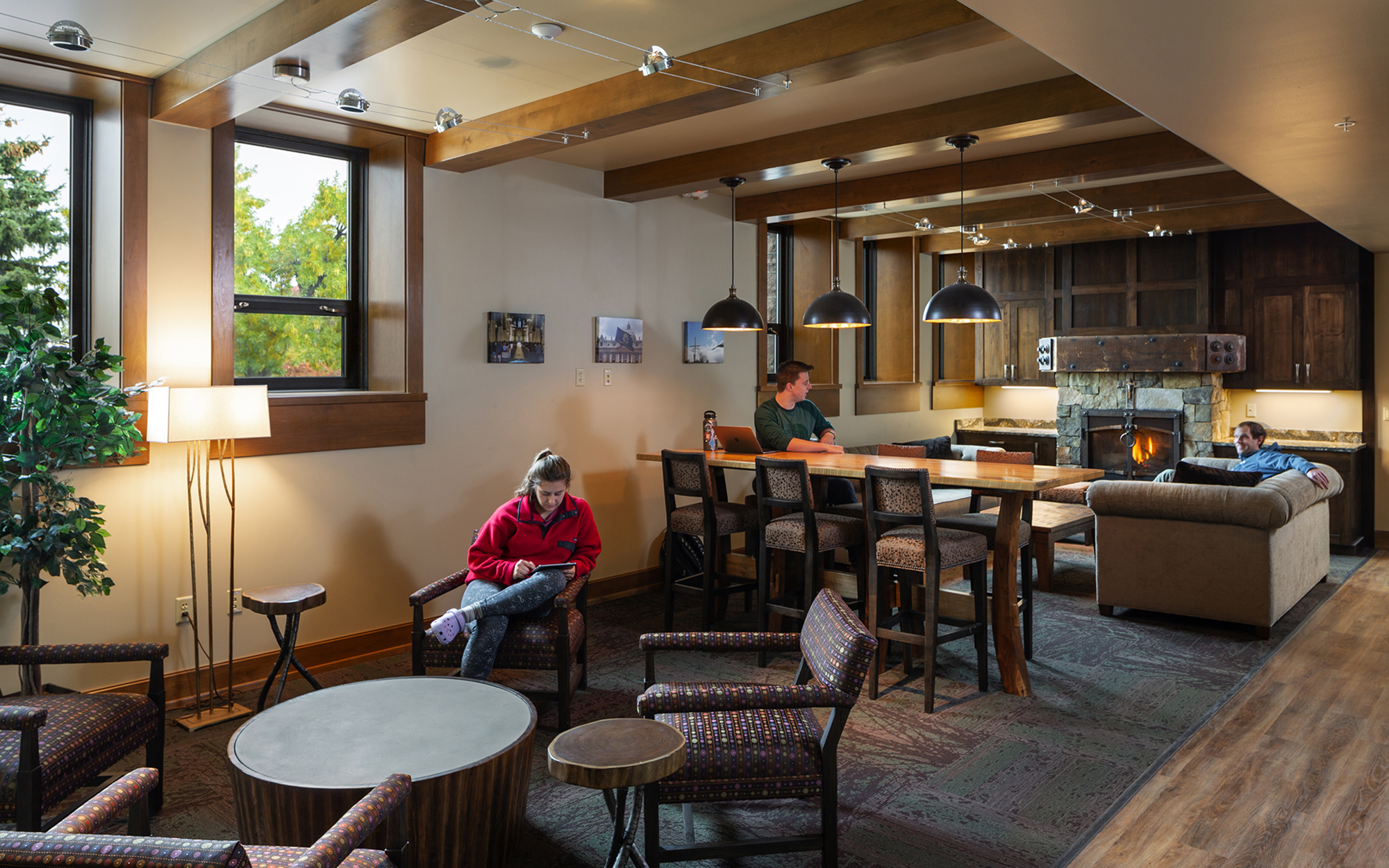 Cushing Terrell partnered with Carroll College — one of eight Diocesan colleges in the nation — to design a chapel capable of holding 350+ weekly Mass attendees. To overcome financial limitations, the design team suggested repurposing the existing theater space (originally the “Old North Gymnasium,” built in 1917) as the new chapel. Preliminary designs and extensive photos of previously completed projects demonstrating adaptive reuse of former gymnasium spaces were presented to the Bishop as inspiration and case study.

The Cushing Terrell design team developed a new entry addition, foyer, nave, sanctuary, and Eucharist chapel into the existing building. The lower level now contains the ministry offices, and a portion of the second floor houses a classroom. The existing roof trusses were replaced with custom wood and steel trusses, at a steeper pitch, reinforcing the vertical feeling of the space. A lighting study was completed to test different configurations of the skylight to manipulate how light will be reflected around the altar and crucifix. Dormers were then added in the roof to create additional natural light for the upper portions of the nave.

New design elements sympathetic to the vertical proportions, slender pointed arches, and feminine qualities of the cathedral were introduced to balance the heavy, masculine brown stone details of St. Charles Hall and the Old North Gym. The use of the pointed arch is re-imagined in the contemporary detailing of the new nave trusses. Brown and gray stone used in new ways on curving walls behind the sanctuary paint a canvas for the centuries-old San Damiano crucifix.