Epsom salt beyond the bathtub — its role in site remediation

Epsom salt. Or, if you’re a chemistry nerd, you may be more familiar with it as magnesium sulfate heptahydrate. You can use it to give your garden a boost or to soak sore muscles in the bathtub. CTA’s Environmental group has been using it to accelerate natural processes in the clean up of petroleum release sites across northern and central Montana. When we’re trying to impress, we call this “augmented bioremediation” or “reductive enhanced bioremediation.”

The nature of the problem

Petroleum contamination of soil and ground water is a fairly common problem in urban areas. Underground storage tanks were historically prone to leaking over time, resulting in contamination beneath old gas and service stations. Understandably, most owners prefer to bring their petroleum release sites to regulatory closure as soon as feasible. To this end, our team evaluates site-specific soil and ground water conditions to find alternate remedial approaches that can expedite remediation. In addition to meeting the technical needs of a site, any viable approach must pass scrutiny of state and federal technical and funding departments, as well as fit within site usage parameters of the owner and occupant.

Naturally-occurring microbes consume the petroleum contaminants over time by “eating” the hydrocarbons and “breathing” dissolved oxygen present in the ground water. However, bacteria usually run out of oxygen before a site is clean, and remediation stalls. This is common at sites with predominantly fine-grained soil (e.g., silts and clays) with low hydraulic conductivity. At these sites, ground water is generally slow-moving, limiting the potential for recharge of oxygenated ground water. When petroleum constituents are present, the microbes have a large “food” source and quickly use up the available oxygen while metabolizing the contaminant.

Petroleum-contaminated sites with silts and clays therefore become oxygen-deficient (anaerobic) without other intervention. When the oxygen is used up, bacteria still want to eat, but they need to find something else to “breathe.” Amazingly, some bacteria are able to do just that! In anaerobic environments, sulfate-reducing bacteria populations begin to grow faster than oxygen reliant populations if sufficient sulfate is available, such as that released when dissolving Epsom salt in water.

An environmental team member mixes the Epsom salt solution prior to application.

Many of the petroleum release sites that our team manages are in locations with predominantly fine-grained soils and slow-moving ground water. Sites with these conditions typically are best remediated by excavation and disposal of impacted soil. However, the effectiveness of excavations is often hampered because residual petroleum-impacted material must be left in place to preserve the structural integrity of buildings and roadways. In-situ remediation must be used instead to address these residual areas of recalcitrant, difficult-to-treat contamination. Unfortunately, fine-grained soils at these sites also limit the effectiveness of several other common remedial approaches, such as soil vapor extraction and ground water pump-and-treat systems, making them impractical.

Enter the mighty Epsom salt. Enhancing in-situ remediation with injection of Epsom salt has been more cost effective than other options. From late 2016 through 2018, we conducted Epsom salt injection at several petroleum release sites with recalcitrant and/or difficult to treat contamination areas. At one particular site, known to be petroleum-contaminated for several decades, we realized a 51% reduction in hydrocarbon mass over a two-year period.

The team performs Epsom salt injection at a site where contaminates are in the soil beneath the parking lot surface.

In addition to being effective and relatively low-cost, Epsom salt has the added bonus of being safe for staff to handle. (On a side note, a supplier snafu on an early project resulted in one of our field engineers procuring lavender-infused Epsom salt. There was no conclusive evidence to suggest the bacteria appreciated this, but our engineer reported smelling nice for several days afterward.)

In 2019, we hope to evaluate the benefits of adding micronutrients tailored to specific bacterial communities in ground water to further enhance the effectiveness of the bioremediation process. One product under consideration is a brewer’s yeast extract, another low-cost, safe additive that may help sulfate-reducing bacteria metabolize dissolved petroleum contaminants. If effective, this will be another step forward in getting sites with historic releases closed more quickly for clients and communities.

Stay tuned to see how we progress! 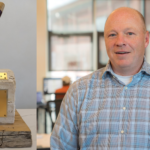 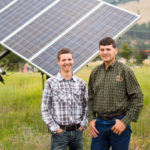